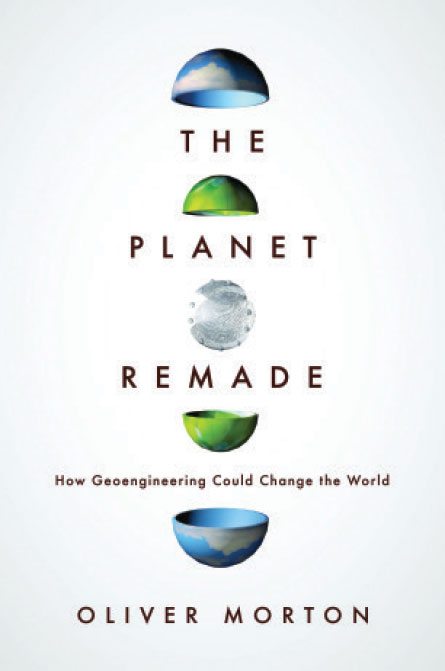 The plans sound like something out of the handbook of a James Bond villain: generate artificial volcanic eruptions, seed colossal clouds that shade the planet, cover the oceans in immense algal blooms visible from space. Despite seeming outrageous, such Earth-altering schemes, some argue, may be the only viable way to stave off threats posed by climate change (SN: 6/5/10, p. 16).

In The Planet Remade, journalist Oliver Morton presents the need for a real-life “Greenfinger” to cool the planet. Curbing humankind’s fossil fuel habit within the next few decades is just too tall an order considering today’s lackluster energy alternatives, he argues. So society should pursue geoengineering as a supplementary way to crank down Earth’s thermostat.

Morton’s advocacy for geoengineering separates the book from previous tomes on the subject (SN: 6/5/10, p. 28). Instead of on-the-scene reporting, he lays out the scientific case for geoengineering and addresses critics’ concerns about unintended consequences and the desire to maintain an unspoiled planet. (Agriculture and deforestation have long entangled the environment with the “human empire,” he contends.)

The book lays out the typical laundry list of geoengineering proposals, from extracting carbon dioxide from the air to deploying giant Earth-orbiting space mirrors. But Morton has a clear favorite. A variety of airborne particles reflect sunlight like tiny disco balls. A fleet of high-flying planes could spray these aerosols into the stratosphere and thicken the sun-dimming veil that surrounds Earth. Less sunlight would reach the surface and bingo, the planet would cool. The necessary technologies already exist, Morton says, and costs could be partially offset by charging tourists for a ride high in the sky.

Through pages of rigorous scientific groundwork wrapped in elegant prose, Morton provides a guided tour of why we need geoengineering. The road he takes is well trodden. But for the uninitiated, The Planet Remade is a delightful introduction to the seemingly absurd proposals that could be our fragile world’s final hope.

Buy The Planet Remade from Amazon.com. Sales generated through the links to Amazon.com contribute to Society for Science & the Public’s programs.