After Neil Armstrong’s small step onto the moon, generations of children played with toy rockets and dreamed of exploring space. Omri Amirav-Drory hopes a tiny glowing plant will inspire future generations of kids to play with genomes and dream up new forms of life.

Drory is a scientist and businessman leading a project to genetically engineer plants to make light-producing firefly proteins. He envisions a day when trees will replace street lamps to illuminate cities. “I think it will be a more interesting, beautiful world with glowing plants in it,” he says.

At least 8,433 people agree with him. These backers collectively pooled $484,013 in a campaign that ended June 7 on the crowdfunding site Kickstarter, exceeding the project’s initial $65,000 goal. The team even raised enough money to attempt its next step: making a glowing rose.

Next June, thousands of those supporters will get a shipment of seeds or plants to grow their own glowing Arabidopsis plants. More than 200 people pledged enough money to get a genetic toolkit allowing them to engineer their own glowing plant. People who missed the Kickstarter campaign but want a do-it-yourself project can buy one of the kits on the online marketplace Etsy. The researchers don’t yet know how brightly the plants will glow; they are hoping to achieve something comparable to night-light wattage.

The plants may shine dimly, but Drory thinks they will radiate great influence. Students who grow up with luminescent plants might change their career plans and become biologists instead of lawyers, he suggests. And the project could be important for increasing acceptance of certain types of science. “Anyone with a glowing plant in their house won’t be afraid of genetic engineering,” he says.

But some people already fear these efforts. The ETC Group, a Canadian environmental organization, launched what they called a “kickstopper” campaign opposing the creation of glowing plants, saying the plants could escape into the wild and wreak havoc on the environment. Drory says his plants are likely to be at a disadvantage in nature due to the energy demands of generating light. He has no qualms about releasing the plants to the general public, he says. 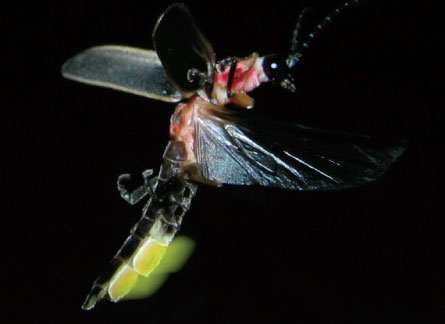 Living things can give off light via either luminescence or fluorescence. Luminescent animals make their own light, while fluorescent ones absorb and re-emit it.