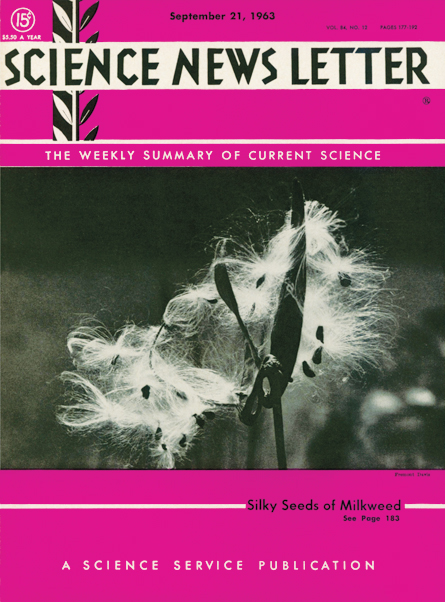 The prospect of burning up the country’s grain surplus in automobile motors is enticing to wheat belt congressmen. However, to petroleum experts …the idea is just an exhaust pipe dream.The chemists take a dim view of a bill … that would require all gasoline to contain at least five percent grain alcohol…. Dr. J.O. Clayton, a petroleum chemist for California Research Corporation, San Francisco explained … when alcohol is needed in gasoline, it is much easier and cheaper to use synthetic alcohol and not bother with grain…. “If the bill ever passed,” he added, “it might encourage farmers to grow more grain instead of less, and we would still be left with a surplus.”

UPDATE: The wheat congressmen’s bill didn’t become law. But grain alcohol, or ethanol, eventually ended up in the nation’s fuel supply. About 40 percent of the U.S. corn crop is now used to produce the ethanol that is blended with gasoline to fuel vehicles. American farmers planted more than 97 million acres of corn in 2013, up from about 69 million acres in 1963–64.