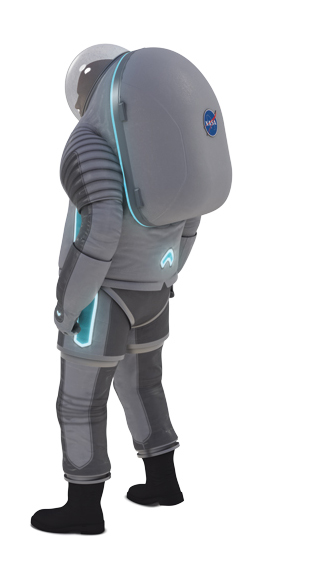 Though its styling suggests 1980s sci-fi, NASA’s newly revealed Z-2 space suit is the astronaut apparel of the future. It is the second mock-up of a suit that NASA hopes will eventually protect explorers walking on Mars or drilling into an asteroid. “Space suit design is predicated on where you’re going and what you’re doing,” says Amy Ross, a space suit designer at the Johnson Space Center in Houston.

As a result, one of the Z-2’s most important features is its lower-body flexibility, which allows astronauts to walk, climb and crouch to explore extraterrestrial landscapes. By November, NASA should have a prototype ready for testing, complete with Tron-like, blue luminescent patches that were selected by the public in an Internet poll. Unfortunately, those aesthetics won’t appear on the final version of the suit, which NASA hopes to have ready for launch by 2018.