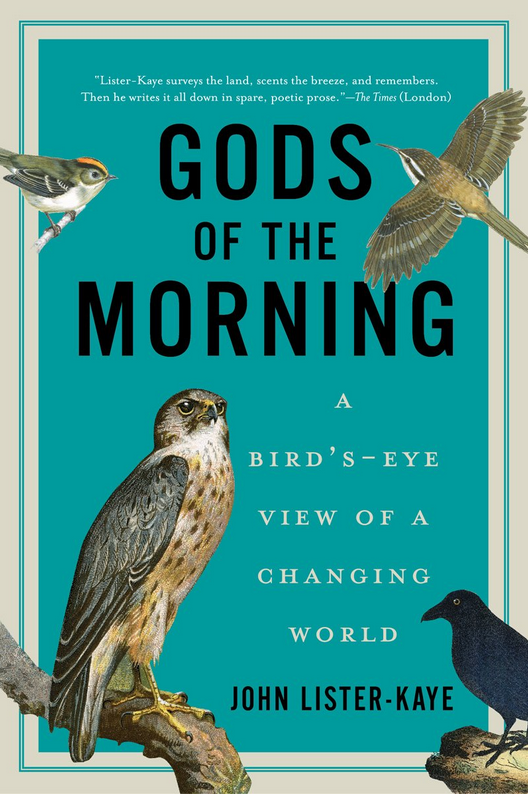 Good nature writing can take a landscape filled with strange species and render it familiar. It can also make a locale loaded with well-known creatures seem exotic. In Gods of the Morning, naturalist John Lister-Kaye does both with flair.

This enchanting book chronicles the changing of the seasons at a nature center in the Scottish Highlands. Lister-Kaye established the facility on a former hunting estate nearly 40 years ago in a remote area dappled with floodplains, forests, marshes and meadows. Lister-Kaye focuses on birds and has a keen eye for detail. His lyrical turns of phrase take readers deep into the world of ravens and rooks (Eurasian relatives of crows) as well as barn owls and blackcaps (a type of warbler). Likening whooper swans’ calls to flugelhorns, he writes, “When six or seven birds are flying together in close formation, wings almost touching, their soft flugelings overlap in a rare and disturbing music that can be heard for miles.”

Tales of the area’s mammals also abound, including an encounter with a magnificent buck on an early midwinter’s morning. It’s not always fulsome praise for wildlife, however: Lister-Kaye describes the year-round struggle of guarding his family’s henhouse against foxes and the craftier, weasellike pine martens.

Pine martens play dual roles in the book, as chicken murderers and as one of the region’s ecological success stories. The long-term recovery of pine marten populations from lows in the 1960s came largely thanks to Scottish foresters’ increasingly tolerant attitude toward “vermin,” as well as an overall gain in suitable habitat.

But the account of that triumph is more than outweighed in the book by the loss of many bird species that no longer call the glen home, probably partially because of a gradual warming of the climate. Warming has also caused the area’s weather to be more fickle, leading to occasional breeding failures among many species, including the author’s beloved rooks.

From poignant reflections on a bird that’s flown into a windowpane to musings on childhood experiences that blossomed into his lifelong love of nature, Lister-Kaye’s observations   help readers reconnect with the natural world.

Buy Gods of the Morning from Amazon.com. Sales generated through the links to Amazon.com contribute to Society for Science & the Public’s programs.