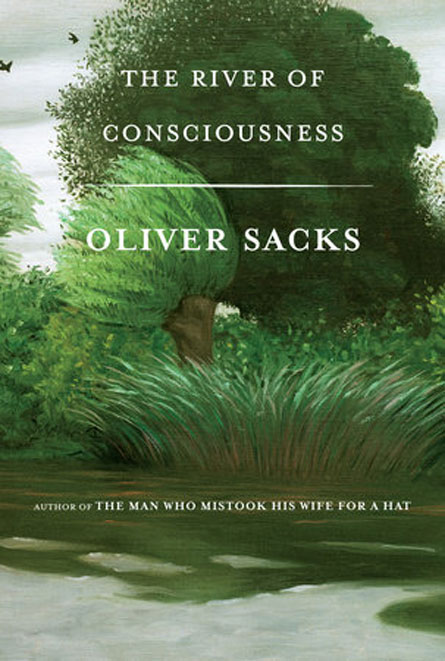 The experience of reading the essays that make up The River of Consciousness is very much like peering into an ever-changing stream. Pebbles shift as the water courses by, revealing unexpected facets below.

The essays, by neurologist Oliver Sacks and arranged into an anthology two weeks before his death in 2015, meander through such topics as evolution, memory and scientific progress. Most have been published before. But by bringing these quirky, personal and curious essays together, Sacks invites readers into his mind where they can experience the world from his unusually insightful perspective.

Some essays are long, some short. Some take a biographical bent, while others focus more on scientific principles. Many explore lesser-known fascinations of scientific luminaries: Charles Darwin’s intense study of flowers, the reader learns, provided some of the best evidence for his theory of evolution.

And then, of course, there are Sacks’ own observations. As his death neared, he wrote of his fading hearing, perceiving a story about a big-time publicist diagnosed with amyotrophic lateral sclerosis as a story about a “cuttlefish.” He began keeping a notebook of these mishearings, recording what he heard, what was actually said and people’s reactions.

Other bodily sensations set his curiosity loose, such as when he hurt his leg in an accident. Nerve injuries and immobilization temporarily turned his leg into a stranger, no longer part of his body. Dismissed by his surgeon, Sacks turned to historical literature to find examples of this “alien” limb sensation.

Some of the most compelling stories arise when Sacks scrutinizes his own mind. He has a detailed memory of a bomb dropping in his London backyard during World War II. At the time, though, he was at boarding school. Sacks had co-opted the memory from a letter from his brother, who had written a vivid account of the incident. “We, as human beings, are landed with memories which have fallibilities, frailties, and imperfections — but also great flexibility and creativity,” he writes.

The same could be said for the scientific endeavor as a whole, Sacks argues. Like ever-evolving flowers, malleable memories and fluid perceptions, ideas are not fixed, he writes: “Ideas, like living creatures, may arise and flourish, going in all directions, or abort and become extinct, in completely unpredictable ways.”

Buy The River of Conciousness from Amazon.com. Science News is a participant in the Amazon Services LLC Associates Program. Please see our FAQ for more details.