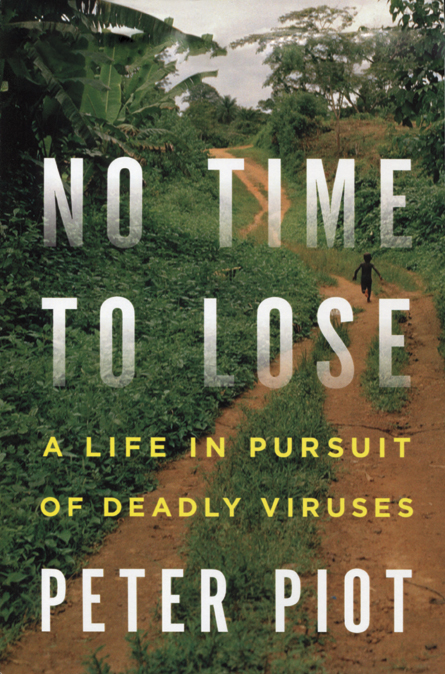 When smallpox was eradicated in the 1970s, many people thought it was “game over” for infectious diseases as global threats. How wrong they were.

Peter Piot, then a young physician-researcher, was in the right place at the right time, if you can call it that. Piot was working in Belgium in 1976 when his laboratory received two vials of blood from a victim of a disease outbreak in Africa. They arrived in a thermos, and no one knew they contained a deadly virus.

So the researchers just opened the thermos. “Nowadays it makes me wince just to think of it,” Piot writes. “Sure, we were wearing latex gloves [but] no suits or masks of any kind.” Piot and the others traced the mystery pathogen back to Yambuku, Zaire, the outbreak’s epicenter, and from there tracked its spread. The team named the virus for a nearby river, the Ebola.

Africa would define Piot’s career. He shifted his attention to sexually transmitted diseases, and by 1983, when a condition called AIDS was showing up in U.S. gay men, he was back in Zaire. Doctors there had been seeing AIDS-like cases for years, so he gathered blood samples and sent them to the French lab of Luc Montagnier, who had discovered what would be named the HIV virus. When the samples matched, HIV and Africa were forever linked.

Life in the field is more interesting than behind a desk, and the book lags when Piot returns to Europe in the 1990s to become the first director of UNAIDS, the United Nations AIDS agency. But Piot has lived a life less ordinary, and it’s presented well.