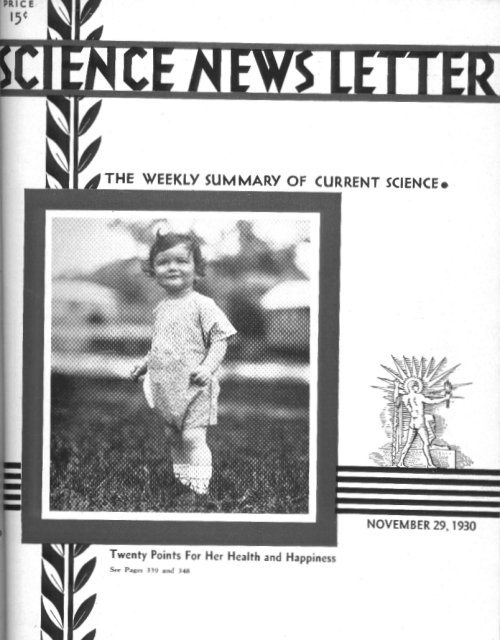 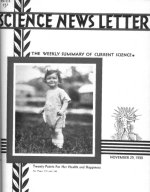 Weapons with which to fight for the health and happiness of American children were forged at the White House Conference on Child Health and Protection, held in Washington last week.

They are weapons that can and will be used by mothers and fathers, by teachers and physicians and nurses, by everyone who is enlisted in the cause of childhood.

Here is how they can be used. In a middlewestern city, there is opposition to the medical examination of nursery school children. When the director of the nursery school class returns to her home front, she will carry with her a new and powerful weapon, the official recommendation of a conference summoned and guided and inspired by the President of the United States. Every nursery school or similar institution should have a trained medical advisor on its staff, one of the conference committees recommended.

Weapons were made, too, for the mother and father who are fighting to give Johnny and Mary a fair chance for a healthy, happy, useful life. In practice, the weapons may turn out to be cod liver oil and vaccinations and nursery schools and pasteurized milk and special classes for the child who is handicapped. They are defined in the final recommendations of the various committees, which may become a handbook to aid American mothers and fathers who want to give their children a square deal.

MILLION-WATT BROADCASTER SEEN AS NEXT STEP IN RADIO

Broadcasting stations with a power of a million watts, 20 times as powerful as the 50-kilowatt stations that are now the largest, are the next step in radio. This is the opinion of O.H. Caldwell, editor of Electronics and Radio Retailing, and former Federal Radio Commissioner, expressed in Philadelphia in addressing the Institute of Radio Engineers.

Surprisingly great differences in temperatures between a smoke-covered city and nearby country have been found by Fred L. Disterdick, of the U.S. Weather Bureau at Des Moines, Iowa. He has just reported his researches to the Bureau’s headquarters in Washington.