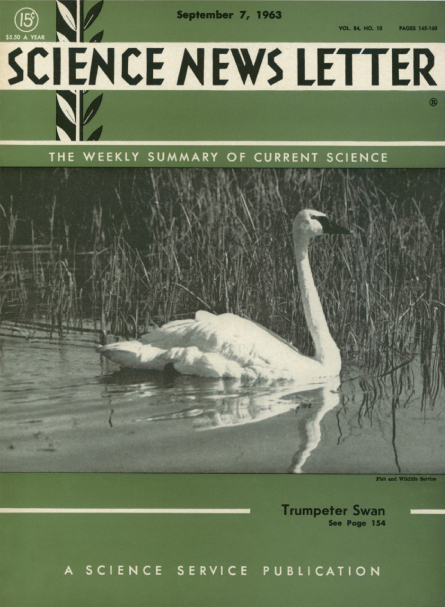 Cetaceans—the technical term for whales and porpoises—can give scientists a fund of valuable information for developing our mechanical equipment, especially for target detection and identification, and for long-range underwater communication and navigation, stated Dr. Sidney R. Galler, head of the biology branch of the biological sciences division, Office of Naval Research…. The ability of a porpoise to detect and identify targets is highly interesting to the Navy, stated Dr. Galler, as is its accuracy in moving silently and rapidly towards them.… He also noted the porpoise’s ability to dive and surface efficiently and silently, as well as to calculate the trajectory of a ball or fish and catch the object.

UPDATE: Today, the U.S. Navy Marine Mammal Program studies and trains bottlenose dolphins and California sea lions. The animals learn to detect underwater mines and help rescue swimmers. Military dolphins (such as K-Dog, shown left, wearing a locating device on his flipper) marked the locations of mines in the Persian Gulf during the Iraq War. The Navy says it “does not now train, nor has it ever trained, its marine mammals to harm or injure humans in any fashion or to carry weapons to destroy ships.”