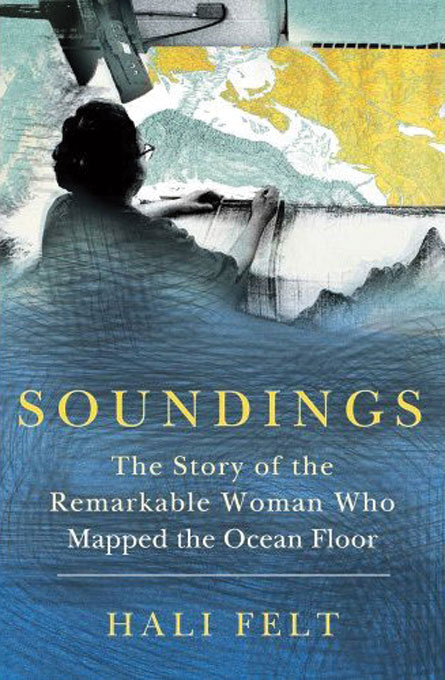 In today’s Google Earth world, it’s hard to remember that until recently much of the planet remained a literal blank on the map. Ocean floors, in particular, were a greater mystery than the surface of the moon.

Not until the 1950s did the face of the deep begin to reveal itself, thanks to painstaking cartography by Marie Tharp and Bruce Heezen of the Lamont Geological Observatory. Line by line, Tharp transformed sound waves bounced off the ocean bottom into 3-D maps. With them, and with Tharp’s discovery of a rift running down the Atlantic’s middle, scientists finally visualized plate tectonics and developed their modern understanding of the Earth.

Heezen and Tharp were offbeat characters, so it’s fitting that Felt relates their tale in a slightly offbeat fashion. She melds straightforward chronicles of geophysics with quasi-fictionalized scenes where “Marie and Bruce” work, talk and argue intimately together. After Heezen’s death, Tharp spent three more decades cataloging and defending the work she had done with him; following Tharp’s 2006 death, Felt similarly curates the story of this underappreciated pair.

Gory scientific detail is left out in favor of narrative sketches, yet the approach works for such a quirky character as Tharp. This is a woman who stubbornly refused to work on Lamont’s campus, dressed herself in Heezen’s old clothes after he died and filled her three-story house with an ever-shifting entourage of slightly peculiar assistants.

But this is also the woman who mapped the ocean floor, forever changing scientific understanding of the planet. Ignored and marginalized for much of her career, Tharp has at last come into her own.