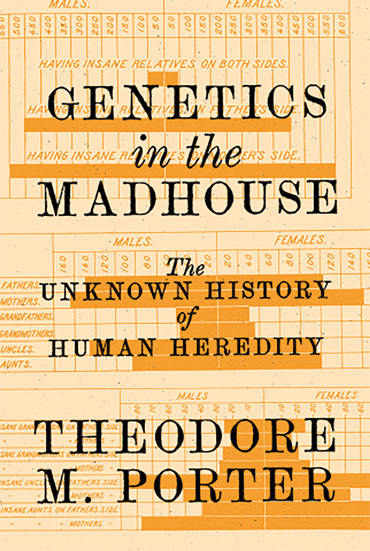 England’s King George III descended into mental chaos, or what at the time was called madness, in 1789. Physicians could not say whether he would recover or if a replacement should assume the throne. That political crisis jump-started the study of human heredity.

Using archival records, science historian Theodore M. Porter describes how the king’s deteriorating condition invigorated research at England’s insane asylums into the inheritance of madness. Well before DNA’s discovery, heredity started out as a science of record keeping and statistical calculations. In the 1800s, largely forgotten doctors in both Europe and North America meticulously collected family histories of madness, intellectual disability and crime among the growing numbers of people consigned to asylums, schools for “feebleminded” children and prisons.

Some physicians who specialized in madness, known as alienists, saw severe mental deficits as a disease caused by modern life’s pressures. But most alienists regarded heredity, the transmission of a presumed biological factor among family members, as the true culprit. Asylum directors launched efforts to track down all sick relatives of patients. The increasing number of people institutionalized for mental deficits fueled the view that individuals from susceptible families should be discouraged from reproducing.

Dahl and his predecessors laid the groundwork for well-known statisticians, such as Francis Galton, to launch the eugenics movement by 1900. Gregor Mendel’s plant-breeding experiments raised eugenicists’ hopes that people inherit mental health or illness as systematically as peas inherit smooth or wrinkled skins. That idea was rejected as simplistic by 1920.

Porter takes a fascinating look at early attempts to tame unruly minds with big data and statistics. Those efforts had some lasting effects. Family pedigrees, for instance, remain part of research into the inheritance of mental disorders. A few sections featuring hereditary tables and family data can be skipped without detracting from the book’s major theme: In an era of molecular genetics, heredity’s statistical history calls for a huge dose of scientific humility.

Buy Genetics in the Madhouse from Amazon.com. Science News is a participant in the Amazon Services LLC Associates Program. Please see our FAQ for more details.