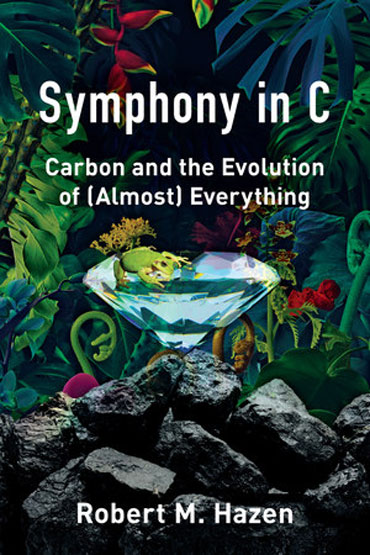 Carbon is by no means the most abundant element in the cosmos, but it is undoubtedly the most important to life as we know it. For every 1,000 hydrogen atoms in the universe, there are only five or so carbon atoms. But every cell in the human body — indeed, every living cell on Earth — relies on carbon as the chemical backbone of all organic molecules.

In Symphony in C, geophysicist Robert Hazen provides a deep dive into the history, culture and science surrounding carbon. And that history is far longer than cosmologists once presumed. Although the vast majority of the universe’s carbon is forged inside stars, about a trillionth of today’s carbon was assembled from subatomic particles almost 13.8 billion years ago, just 15 to 20 minutes after the Big Bang. This means that a fraction of the carbon in your body is not “star stuff,” as astronomer Carl Sagan once exclaimed — it’s even older than the universe’s first stars.

Carbon is not just important for living things. Its unusual chemistry gives it an unmatched ability to react with other atoms to form both small, simple molecules and large, complex ones, making it a building block for everything from polymers to pharmaceuticals and nanomaterials. As Hazen describes, carbon’s chemical diversity yields materials that include the darkest surfaces and the brightest pigments, as well as the slipperiest lubricants and stickiest glues.

Like many musical symphonies, Hazen’s book is arranged in four parts, paralleling the Greeks’ basic elements of earth, air, fire and water. Individual tales in carbon’s story explore its presence in our planet’s minerals (SN: 10/15/16, p. 22), the role of carbon-bearing gases in keeping our early planet warm under a faint young sun (SN: 5/4/13, p. 30), carbon’s ubiquitous presence in fossil fuels that we burn and its role in the origin and evolution of life in Earth’s ancient oceans.

Symphony in C is chock-full of facts, but Hazen admits there’s much we don’t know about carbon, including exactly how much Earth holds, how the element moves from the atmosphere into the depths of the mantle and then back to the surface, and whether those movements, which help regulate climate, have changed substantially since our planet was young.

Covering topics from carbon’s ancient origins to the threats that carbon compounds pose to our future climate, Hazen’s book is a fascinating read. Symphony in C chronicles cutting-edge science that’s helping researchers make better sense of the carbon-rich world around us.

Buy Symphony in C from Amazon.com. Science News is a participant in the Amazon Services LLC Associates Program. Please see our FAQ for more details.