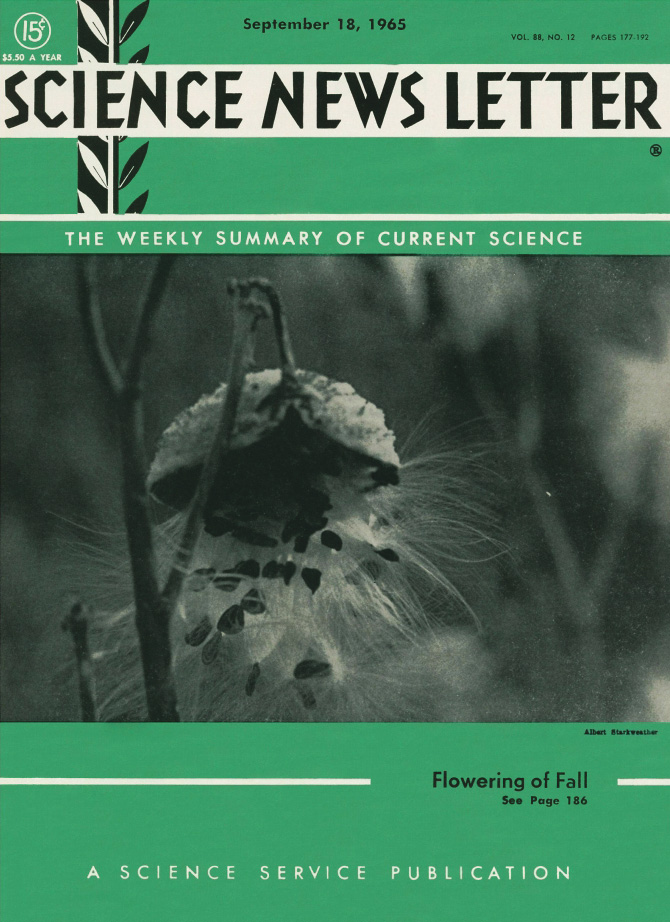 Coolest stars found — The coolest stars yet have been discovered. One is reported to have a surface temperature as low as 800° F…. The other of the two cool stars has a surface temperature of about 1,200°. Both objects are presumed to be true stars, not planets, having interior temperatures of 25 million degrees, high enough for them to be stoked by nuclear fusion. —  Science News Letter, September 18, 1965

These two stars, IK Tauri and NML Cygni, turned out to be warmer by roughly 2,000 degrees Celsius (3,600 degrees Fahrenheit). NML Cygni is actually one of the largest known stars; it wouldn’t fit within the orbit of Saturn. Today, the coolest known starlike orb is a brown dwarf discovered last year. Its surface is around –30° C (–22° F), making its temperature comparable to a winter day in Antarctica (SN Online: 4/26/14). Brown dwarfs, first seen in 1995, occupy a murky ground between planets and full-fledged stars, lacking the mass needed to sustain hydrogen fusion in their cores.