In October, astronomers said good-bye to the European Space Agency’s Planck satellite, breaking off contact with the source of the most precise measurements yet of the universe’s oldest light.

Planck had finished its mission to measure the Big Bang’s remnant radiation, which today constitutes an invisible bath of microwaves permeating the cosmos. This ancient radiation has cooled over time to less than 3 kelvins (degrees above absolute zero). Its precise temperature varies ever so slightly from point to point across the sky.

With 25 times the sensitivity of its predecessor, NASA’s Wilkinson Microwave Anisotropy Probe, Planck was able to identify temperature variations as small as a millionth of a degree. Those temperature fluctuations reflect tiny density differences in the infant universe. As the young universe expanded, matter in the higher-density regions clumped together to form intricate clusters of galaxies.

In March, Planck scientists released data that largely confirmed the standard view of the cosmos and its evolution. An improved estimate for the age of the universe, 13.82 billion years, is slightly older than the previous one but within its range of uncertainty (SN: 4/20/13, p. 5). 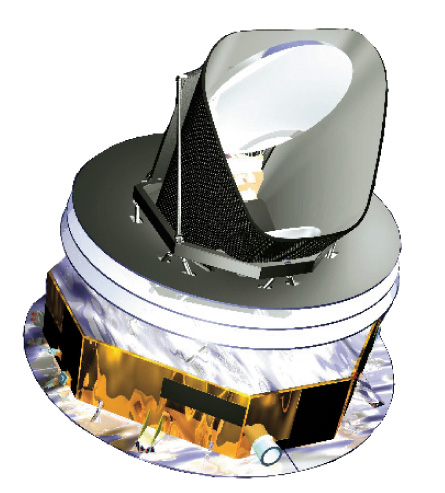 
Planck’s estimate for the age of the universe

Planck data also suggested that the universe contains a higher proportion of matter than earlier estimates had indicated — both the ordinary kind of matter found on Earth and the perplexing invisible “dark” variety that affects the motion of galaxies. The probe’s wide-angle view of dark matter distribution throughout the cosmos complements underground experiments, such as the CDMS project in Minnesota and the LUX detector in South Dakota, which are designed to identify individual particles of dark matter (SN: 5/18/13, p. 10).

Planck also measured a slower expansion rate for the universe than other methods have found. “This is one of the most exciting parts of the data,” says Martin White of the University of California, Berkeley.

Scientists who measure the brightness of stellar explosions at large distances calculate an expansion rate considerably higher than Planck’s. As physicists work to determine how quickly the universe is expanding now, they are also trying to measure whether the strength of dark energy, which causes the expansion rate to accelerate, has changed over time (SN: 12/28/13, p. 31). Such changes would have major implications for understanding what the universe looked like in the past as well as for predicting its ultimate fate.

Planck also confirmed a strange finding by the Wilkinson probe that one side of the sky contains more extreme temperature fluctuations on average than the other. That’s a confounding observation, since most experts agree that the universe began as a smooth ball of energy that then expanded uniformly in all directions. Dozens of papers have proposed explanations for the asymmetry, including the possibility that other universes have collided with ours and left behind discernible distortions.

Although communication with Planck has now ended, not all of the satellite’s data have been released. Over the next two years, mission scientists plan to produce enhanced maps of the Big Bang afterglow that could provide a window into inflation, a brief burst of extremely rapid expansion of the universe that most experts believe took place in the instant immediately after the Big Bang.

See all top science stories of 2013