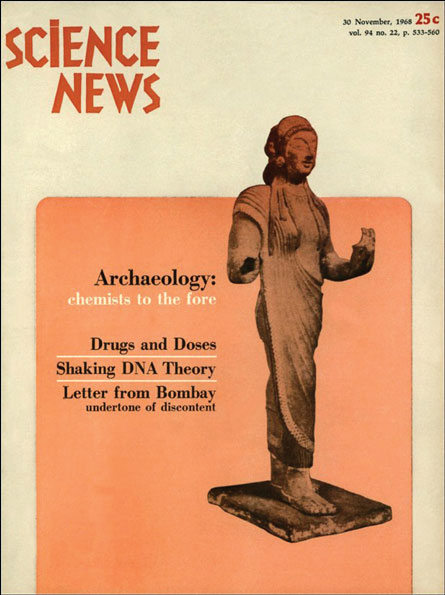 Armadillos come in fours, quadruplet offspring from a single egg, and are endowed with identical genes. Yet, the quadruplets are often not identical, a fact that calls into question the assumption that genes encased in the nucleus of the cell are the sole determinants of heredity. — Science News, November 30, 1968

What comes naturally to the nine-banded armadillo, the species that baffled scientists 50 years ago, is rare in other mammals. Polyembryony, producing many offspring from a single fertilized egg, does result in genetically identical armadillo pups. But scientists now know that other factors also stir the developmental pot. For example, epigenetic marks, the chemical tags that control a gene’s activity level, can make identicals look very different. Though genetically fascinating, armadillos never topped rodents as research subjects — possibly due to their fresh insect diet and long time between litters. Scientists do use the tanklike creatures to study leprosy, a disease the animals can pick up and pass on to humans (SN: 5/21/11, p. 9).