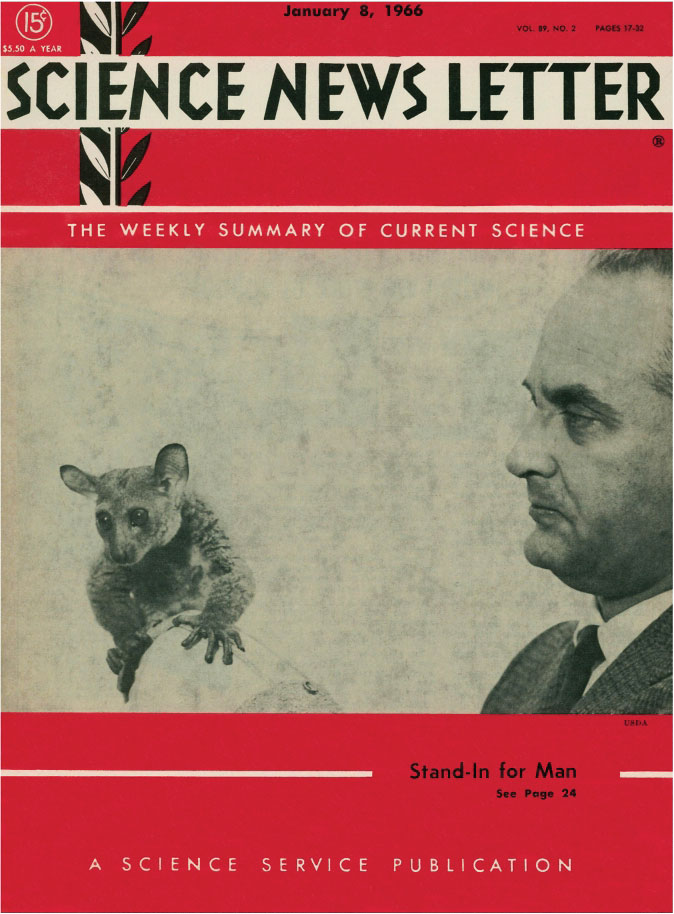 DMSO future dimmed — Clinical testing of the experimental drug [DMSO, short for dimethyl sulfoxide] was halted by voluntary agreement of the drug’s sponsors … the action was taken because of undesirable side effects that were observed in the eyes of laboratory animals … Telegrams have been sent to approximately 1,000 doctors who have been testing this compound on many human patients, mainly for … arthritis and bursitis pain.  — Science News Letter, January 8, 1966

DMSO, a by-product of papermaking, was sold in the early 1960s as a cure for headaches, limb pain, earaches and colds. The compound easily penetrates skin and enters the blood. But testing was halted for a short time when problems occurred in lab animals. Today, the compound is approved by the U.S. Food and Drug Administration to treat severe bladder pain. It is also used as a solvent in other medications. Although some alternative medicine proponents claim DMSO can cure cancer, it actually inactivates several chemotherapy agents, including cisplatin. It is on the FDA list of “fake cancer ‘cures’ consumers should avoid.”