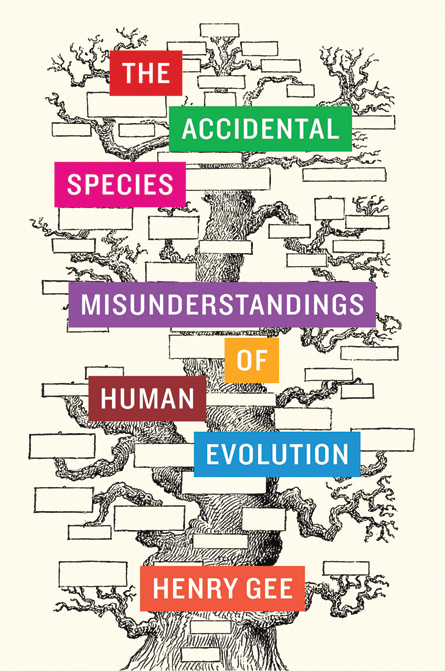 This is not a typical book about human evolution. There’s no chronology of fossil discoveries, no detailed description of hominid species or even an illustration of human family trees. In fact, the book is largely about what we don’t know about human evolution — and what we’ve gotten wrong.

Gee, an editor at Nature and a former paleontologist, begins by taking a swipe at the oversized human ego. Despite what many people, including some scientists, seem to think, Homo sapiens is not the pinnacle of evolution. “Human beings are special in many ways — of course we are — but so is every other species,” Gee writes. There’s nothing
exceptional about the way evolution shaped the human lineage, and the hallmarks of humankind — such as upright walking, large brains and language — can be found in varying degrees in other animals, he points out.

Another misconception is that extinct hominids represent “missing links,” stepping stones on the way to becoming human. In reality, natural selection has no endpoint in sight, Gee reminds readers. It can act only on whatever raw material an organism has and can shape only current conditions, resulting in traits that are “contingent, makeshift compromises made in response to a number of different factors.”

Yet many evolutionary biologists attempt to single out an overarching explanation for a particular human trait. Some researchers argue upright walking evolved as an efficient way to move between patches of shrinking forest, while others claim the need to free up the hands led to a two-legged stance.

Such theories, or stories as Gee calls them, are nearly impossible to test because the fossil record is so spotty.

In the end, that realization may leave readers unsatisfied. Gee has no pat solutions for understanding our past, just a needed reality check.