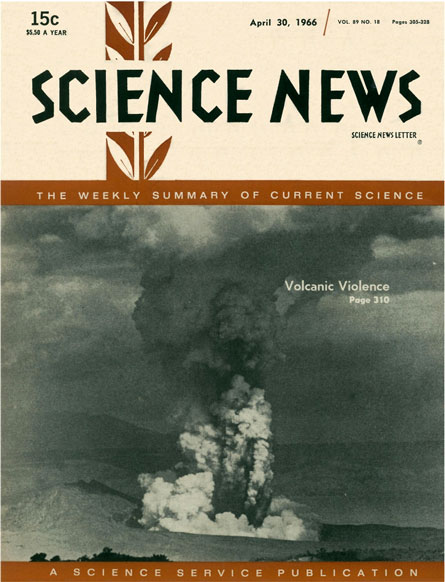 Bacterium effective when dusted on plants — The successful agent for destroying pesty insects, the microscopic bacterium, Bacillus thuringiensis, is most effective when it is dusted onto tobacco or other plants…. The bacteria are now recommended for use against tobacco budworms and hornworms. From known results …. they look promising as biological control agents. — Science News, April 30, 1966

Bacillus thuringiensis, or Bt, is still used to combat agricultural pests. Different strains of the bacterium target different insects; one strain can even kill mosquito larvae in water. Organic farmers dust or spray Bt on crops and consider it a natural insecticide. In conventional farming, Bt DNA is often inserted into a plant’s genome, creating genetically modified crops that make their own pesticide (SN: 2/6/16, p. 22). In 2015, 81 percent of U.S. corn and 84 percent of U.S. upland cotton contained Bt genes.