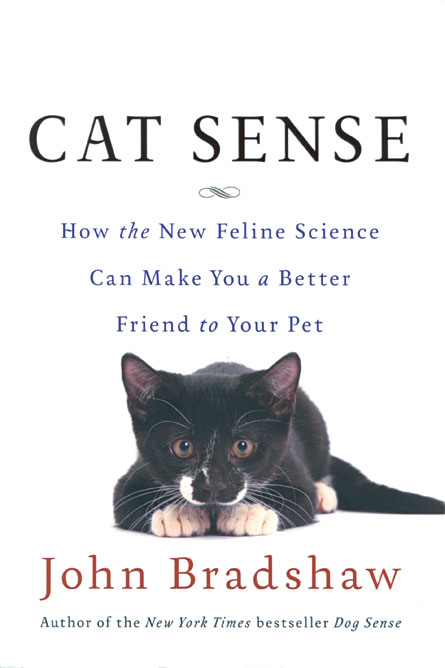 Anyone who has ever owned a cat knows that these animals are not quite tame. Each fuzzy, purring companion shows an independent streak in any number of ways, whether it’s the mouse left at the doorstep or the refusal to come when called. Now Bradshaw, an animal behavior scientist, deftly sums up the latest science that attempts to discover what’s going on inside the kitty brain.

Bradshaw begins with an in-depth look at how the cat ended up in our homes over thousands of years, evolving from wild to — mostly — domestic. “Full domestication,” he notes, “means that humankind has complete control over what an animal eats, where it goes, and most crucially, which individuals are allowed to breed.” While true for many house cats, large populations of feral cats remain largely untended.

The rest of the book examines the biology and behavior of cats, both owned and feral. Kittenhood gets a lot of attention. Young cats not only have to learn skills such as communicating and hunting but also how to live with humans. Genetics plays a part in how friendly a cat becomes, but so does the experience of human handling.

Bradshaw, who lives in England, draws overwhelmingly on British examples and research, making the book slightly less relevant for an American audience. Though his prose is technical at times, Bradshaw largely delivers on his promise to help cat owners better understand their pets. A careful read can help a cat owner understand why cats don’t get along, guide efforts in training and even reveal what’s behind kitty’s favorite toy.