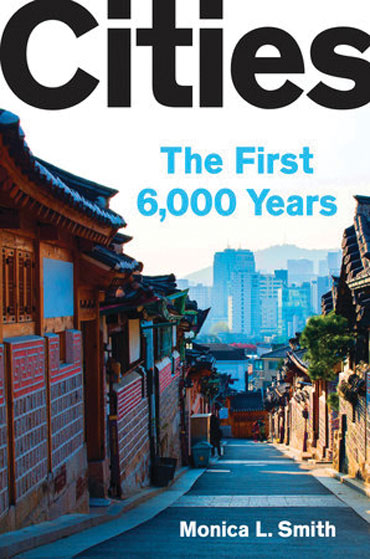 Ancient Rome’s Monte Testaccio and modern Tokyo’s Tsukiji fish market reveal a lot about the nature of cities. Monte Testaccio is a hill made of broken pottery in the middle of Rome. Around 2,000 years ago, people tossed empty wine and olive oil vessels onto what was then a garbage heap. Tokyo’s vast seafood emporium, also known as Toyosu Market, includes passageways where forklifts deposit and remove containers of every sea creature imaginable, as chefs and home cooks bid for the day’s catch.

These metropolitan destinations illustrate how mass production and consumption of goods — along with public markets, complex infrastructure and trash — have always characterized cities, archaeologist Monica Smith writes in Cities. She argues that cities provide work and leisure opportunities that, once invented around 6,000 years ago, people couldn’t do without. Trash was part of the deal, along with poverty and pollution — all of which remain city challenges.

Ancient human traits and behaviors contributed to cities’ rapid ascendance, even if it took a few hundred thousand years for agriculture and other cultural developments to spark that urban transition, Smith writes. As a restless, talkative species searching for meaning in the world, people eventually started building gathering spots for religious pilgrimages. One of the earliest such places was Göbekli Tepe in what’s now Turkey, dating back 10,000 years or more. Public structures there set the stage for farmers and herders to create the oldest known city, Tell Brak, about 4,000 years later in Syria.

Cities everywhere have been organized in remarkably similar ways to provide jobs, entertainment and other features, the author holds. People have always been drawn to those benefits, both for survival and for excitement, she writes.

Smith offers a spirited defense of conspicuous consumption. Excavations have yielded lots of trash at ancient cities. Changing styles have always fueled a desire to get the latest goods. Many objects were made to be used and thrown out. Heaps of cheap ceramic fast food containers, for instance, have been found at Pompeii and elsewhere. The inventiveness that takes flight in cities is worth the cost of the trash, Smith concludes.

The urban drawbacks of crime and disease get minimal mention. And Smith’s arguments seem incomplete without a comparison of cities to hunter-gatherer societies, the venues for most of human evolution. But she plausibly concludes that people will continue to flock to cities, warts and all.

Buy Cities from Amazon.com. Science News is a participant in the Amazon Services LLC Associates Program. Please see our FAQ for more details.