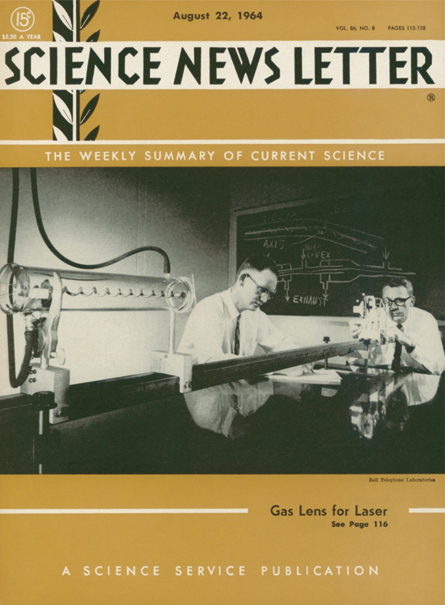 Seeded Clouds ‘Explode’ — Cloud seeding experiments with silver iodide, resulting in “explosions” that release tremendous energies, indicate that weathermen may do more than predict weather in the future…. The explosion is first upward, then sideward. The horizontal spread is likely to prove the “most significant” for practical weather modification, two scientists reported. The horizontal explosion in the Caribbean clouds released additional energy equal to that of one or two Hiroshima bombs, which were equivalent to 20,000 tons of TNT apiece. — Science News Letter, August 22, 1964

The cloud-seeding “explosions,” in which clouds grew rapidly, were part of Stormfury, a project that aimed to slow a hurricane’s winds by seeding clouds outside the eyewall. Joanne Simpson, the first woman to receive a Ph.D. in meteorology, showed the value of her computer models of clouds with the project, but the work led to an outcry. In the 1970s, a treaty banned hostile use of weather modification, but cloud-seeding is still used in some drought-prone areas.