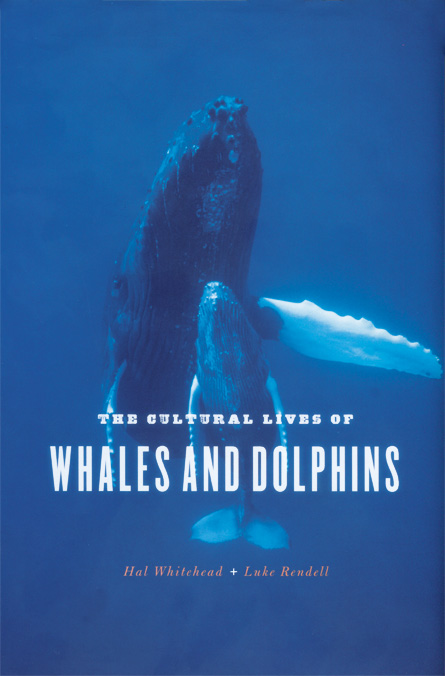 The Cultural Lives of Whales and Dolphins
Hal Whitehead and Luke Rendell
Univ. of Chicago, $35

In 1987, a female orca in Puget Sound took to prodding around a dead salmon. Within weeks, the vogue had spread to the rest of her pod and two nearby pods. “Nearly everyone had their dead salmon toy,” Whitehead and Rendell write in The Cultural Lives of Whales and Dolphins. “Then, just about as quickly as it arose, the fad stopped.”

The trend is an example of culture, albeit an ephemeral one, say Whitehead and Rendell, who study sperm whales. The researchers argue that whales and dolphins are among a number of animals that have culture. Whitehead and Rendell define culture as behavior or information that animals learn from one another and share within a community.

After a few chapters defining terms, the meat of the book begins with the authors laying out the evidence for culture among whales. This includes widely observed behaviors such as humpback whale songs, which change and spread among the whales quickly within their lifetimes. “There is no way even the most outlandish scenarios can explain this pattern with genetics alone,” Whitehead and Rendell write.

Another example of whale culture is groups of orcas learning distinct methods for tracking down food. Orcas, it turns out, are incredibly picky eaters and can hone their hunting skills to a particular prey: One orca group will slide onto a beach to snap up seals; another pins stingrays to the seafloor before gobbling them. It’s believed that the whales learn which animals to eat, and how to hunt them, from other members of their group.

Some of the most vivid examples highlight individual animals. A dolphin held briefly in captivity learned to “tail walk” by watching performing neighbors and then later spread this behavior to dolphins in the wild. An orca raised in captivity and released into the wild proved unable to respond to the social overtures of wild whales.

The authors also convincingly dig into critiques and alternative explanations for whale and dolphin behavior, providing a detailed look at the debate over whether culture exists among the animals. Whitehead and Rendell pack the text with references, keeping the book scrupulously rooted in scientific evidence.

This makes for a slow read in places. But for readers who are curious about whales and dolphins in the wild, the book offers a thorough grounding.

Buy The Cultural Lives of Whales and Dolphins from Amazon.com. Sales generated through the links to Amazon.com contribute to Society for Science & the Public’s programs.