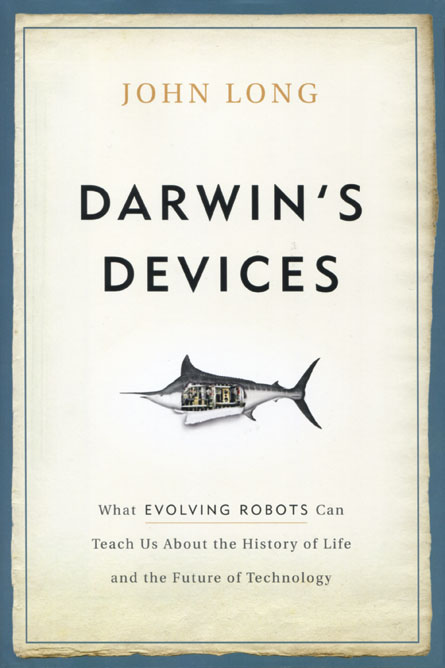 Years ago, Long realized there was something fishy about robots — that is, robots could be made to be fishlike.

Director of the Interdisciplinary Robotics Research Laboratory at Vassar College in Poughkeepsie, N.Y., Long reflects on his career as a biologist who uses robots to study fish evolution. Up front, he tackles the social hazards that come with his occupation, fielding questions like, “What do robots have to do with biology?”

Though it might be true that the best model for any organism is the organism itself, Long argues that robotic devices can offer answers to difficult questions. For one thing, scientists can construct replicas of extinct animals. As Long illustrates with his early experiments tracking tail stiffness and feeding behaviors in man-made generations of robotic fish, these devices can provide clues to how real animals may have evolved.

The chapters recount Long’s quest to build better devices, starting from the early days of tinkering with a seemingly simple robotic fish called Tadros to Madeleine, a robot that can walk on land and swim. (Notably, she also holds the title for the first robot to be named after a French pastry.) Along the way there have been bumps, including struggles to build a backbone that mimics that of a real fish and finding graduate students who can withstand hours of watching video footage of robotic fish swimming.

Clearly, it’s been a labor of love for the author and his scientific collaborators. And through Long’s humor and clever descriptions, readers get a sense of how the design concepts underlying these devices — and other robotic animals — have evolved.