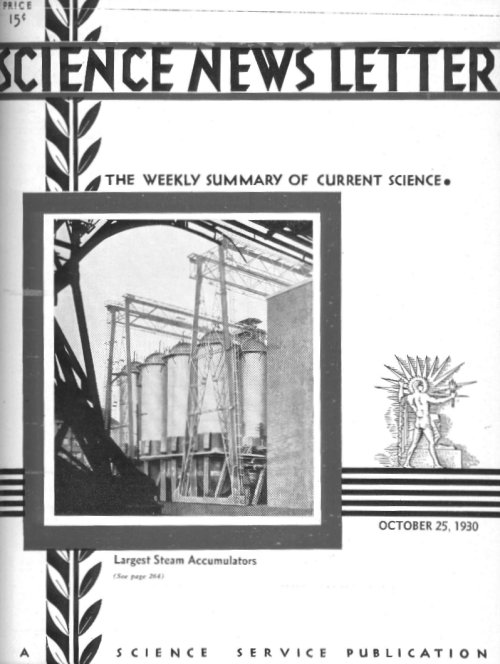 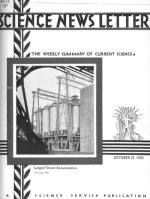 Six hundred tons of steam stored under 190-pounds-per-square-inch pressure in huge steel cylinders help Berliners ride the trams to and from work and burn lights in the early morning.

These cylinders are the new steam accumulators at the Charlottenburg power station, which are attracting worldwide attention because they may be the best means of supplying peak load power. There are 16, each 65 feet high and 14 feet in diameter. This is the first large installation of steam accumulators in the world.

At night and during the afternoon and late morning, steam from the boilers is turned into the accumulators until they contain enough to run a 97,000-horsepower turbine for an hour. Then, when the power demand is heavy and exceeds the installed boiler capacity, this surplus steam is released through the turbines. The storage makes the installation of additional boilers unnecessary and makes possible the use of equipment a greater part of the time.

How to meet peak load efficiently and at lowest cost is one of the greatest problems of power production, Engineering, the English technical magazine, points out. This demand occurs no more than 300 or 400 hours a year and lasts only a very few hours at each occurrence. Yet generating apparatus that remains idle the rest of the time must be kept ready to meet it.

A reservoir like the one recently built in the United States on the Rocky River of Connecticut is sometimes used to make otherwise idle generating apparatus store up peak load power. Water is pumped into the reservoir during times of light load and allowed to run out turning turbines when the load is heavy.

Volcanic action on the moon at some time in its past history is indicated by researches here that seem to demonstrate that the surface of our satellite is covered with a thin layer of volcanic ash. Mercury and Mars seem to have a somewhat similar surface.

These results have been obtained by Dr. B. Lyot of the Paris Observatory, working at the station at Meudon, where most of the actual observing is performed. His method is to study the polarization of light reflected from the surface of the moon and planets. Ordinary light vibrates in all directions, but when it is polarized, the plane of vibration is confined to a single plane. As it is reflected from certain substances at various angles, light becomes more or less polarized, in a characteristic manner for different substances. The polariscope used by Dr. Lyot detects the polarization if only one part in a thousand is affected.

Two announcements of major paleontological finds in the United States were made last week. Dr. Glenn L. Jepsen of Princeton University reported that an expedition he directed in southern Montana discovered the first dinosaur eggs to be found on this continent.

Erich M. Schlaikjer, leader of an expedition of the Harvard University Museum of Comparative Zoology, reported that his party found near Torrington, Wyoming, thousands of little three-toed horses and numerous birds that lived some 35,000,000 years ago in the geologic time called Oligocene. In announcing the discovery, Mr. Schlaikjer, only 2 years out of college, declared that nowhere else in the world, except in the Pleistocene beds at Rancho La Brea, near Los Angeles, Calif., do fossil bird bones occur in such abundance.

It is expected that the discovery will do much to fill missing chapters in the evolution of the horse and many birds. Over 6,000 pounds of fossil material were shipped back to Cambridge for study. The whole fossil deposit that extends for a half mile, varying in thickness from 10 inches to 3 feet, has just been purchased by the Harvard Museum, named the Torrington Fossil Quarry, and dedicated to scientific research. A large, 2-ton slab of the fossil deposit was sent to Cambridge for exhibition purposes.