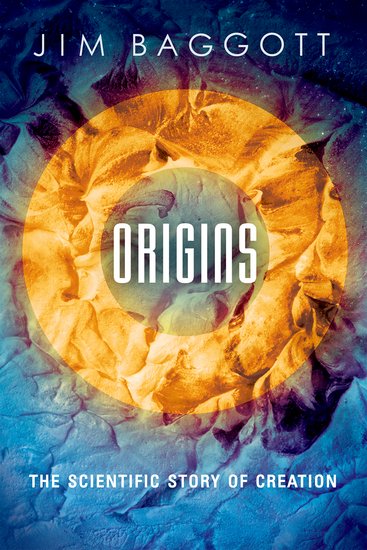 Throughout history, every culture has woven its own tale of creation, addressing deeply philosophical questions ranging from what the universe is made of to where humans came from. Now, by tapping into the latest findings from quantum physics, biochemistry, evolutionary biology and other fields, science writer Jim Baggott has compiled a science-based Genesis for the 21st century.

It’s an ambitious task to chronicle everything from the Big Bang to the evolution of human consciousness in one small book. But Baggott delivers a wonderfully detailed yet eminently readable account in Origins.

Creation, of course, is a tale best told in chronological order. The book’s first six chapters are packed with cosmology, from the dawn of the universe some 13.8 billion years ago to the birth of our solar system. The universe’s “let there be light” moment arrived an estimated 380,000 years after the Big Bang. That’s when the light-blocking fog of charged subatomic particles generated in the universe’s first few moments finally cooled enough for neutral hydrogen and helium atoms to form, thus rendering the universe transparent to photons long trapped in limbo.

Later chapters detail the evolution of Earth and life on it, from the development of primitive cells by at least 3.8 billion years ago to the subsequent appearance of multicellular blobs that, given hundreds of millions of years, yielded creatures intelligent enough to ponder their own existence and seek answers dispassionately about the world around them.

Baggott clearly lays out areas where scientists still haven’t come up with solid answers — including what the conditions were like during the first one-trillionth of a second after the Big Bang and how prebiotic chemicals on the ancient Earth gave rise to living cells. Despite these gaps, which researchers strive to fill using the scientific tools at their disposal, Origins is a compelling tale of creation.

Buy Origins from Amazon.com. Sales generated through the links to Amazon.com contribute to Society for Science & the Public’s programs.