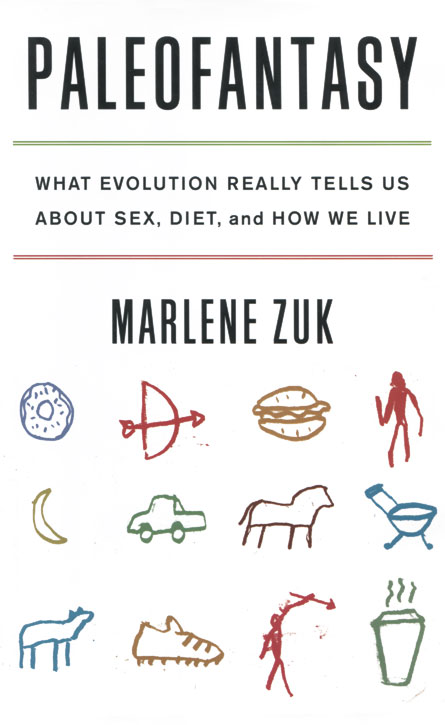 Proponents of the paleo diet believe the mismatch between today’s Western lifestyle and that of early humans is making us fat and sick. Our bodies haven’t had time to adapt to our new ways of life, the thinking goes, so eating like our ancestors is the ticket to good health.

This notion that our lives are out of sync with the way humans were meant to be is a fallacy, or a “paleofantasy,” claims Zuk, an evolutionary biologist. With piles of evidence from recent genetic and anthropological research, she offers a dose of paleoreality.

Homo sapiens emerged about 200,000 years ago, but humans haven’t stopped evolving. “No organism gets to a point of perfect adaptation, heaves a sigh of genetic relief, and stops,” Zuk writes. In the last few thousand years, for example, Tibetans in the Himalayas have adapted to living at high elevations. And as animal herding and agriculture spread, groups developed adaptations that allow people to digest milk as adults and starch from grains and tubers.

Since humans have always been evolving and migrating to new places, you can’t pinpoint a single ancestral environment where H. sapiens grew up, Zuk explains. Contemporary hunter-gatherers vary in many ways, including diet, food procurement, sexual division of labor and child rearing. None of these societies is a model of an ideal human ancestor, because each one has changed over time.

Zuk doesn’t deny that sedentary lifestyles cause health problems. But living like a caveman — whatever that means — isn’t the answer. Her advice is sensible: Just put down the bag of chips and get off the couch.