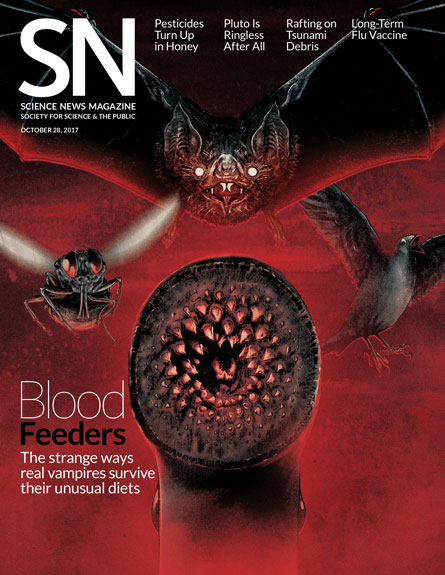 The book Rise of the Necrofauna tackles the challenges of using gene-editing tools to bring woolly mammoths and other long-gone species back from the dead. These “de-extincted” creatures would have to contend with a radically changed world that includes new habitats and diseases, Tina Hesman Saey wrote in her review “Resurrecting extinct species raises ethical questions” (SN: 10/28/17, p. 28).

Readers online had a lot to say.

“You can bring these animals back physically, but many animal species also have culture and cultural evolution,” reader Greg wrote. “How are we to resurrect that?”

Whether some animals have culture is hotly debated. Another reader agreed that resurrected species’ behaviors should be considered. “But that could be something that emerges naturally as they interact with the environment,” MJF Images wrote. “These animals would not be the same as those that went extinct,” and may have different behaviors.

In “50 years ago, engineers tried catching commercial planes in nets” (SN: 10/28/17, p. 4), the description of the nets used in airplane arresting systems in 1931 is incorrect. The nets were not made of nylon until after the material was invented in 1935. Instead, the nets were most likely made of canvas.