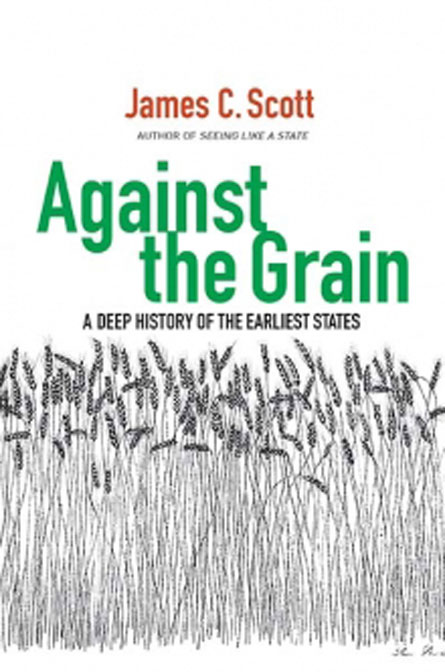 Contrary to popular opinion, humans didn’t shed a harsh existence as hunter-gatherers and herders for the good life of stay-in-place farming. Year-round farming villages and early agricultural states, such as those that cropped up in Mesopotamia, exchanged mobile groups’ healthy lifestyles for the back-breaking drudgery of cultivating crops, exposure to infectious diseases, inadequate diets, taxes and conscription into armies.

In Against the Grain, political anthropologist James C. Scott offers a disturbing but enlightening defense of that position. He draws on past and recent archaeological studies indicating that the emergence of state-run societies around 6,000 years ago represented a cultural step backward in some important ways. Scott has previously written about modern states’ failed social engineering projects and the evasion of state control by present-day mountain peoples in Southeast Asia. Exploring the roots of state-building was a logical next step.

Scott proposes that early states represented a shotgun marriage of farming and huge communities presided over by a new class of hyperambitious rulers. State-building began in wetland areas, such as the Fertile Crescent, with huge expanses of fertile soil. There, grain farming squeezed enough people and storable food into a small enough space to enable state control and tax collection.

He ends with a look at how herding groups both raided and abetted early agricultural states in Asia. Nomads deftly robbed stores of food and goods from their neighbors, then negotiated steep bribes in exchange for not attacking. Mobile pastoralists eventually became trading partners, bringing sedentary societies copper, horses and slaves, to name a few. Herders were also mercenaries, catching runaway slaves and repressing revolts. Ironically, Scott writes, “barbarians” helped states become the dominant political players they are today.

Scott writes in a straightforward style largely free of scientific jargon. He doesn’t portray foraging and mobile lifestyles as utopian systems, but a closer look at their cons as well as their pros would have painted a fuller picture of these people. Still, Scott’s depiction of early centralized states’ problems rings true in a modern world of nation-states.

Buy Against the Grain from Amazon.com. Science News is a participant in the Amazon Services LLC Associates Program. Please see our FAQ for more details.