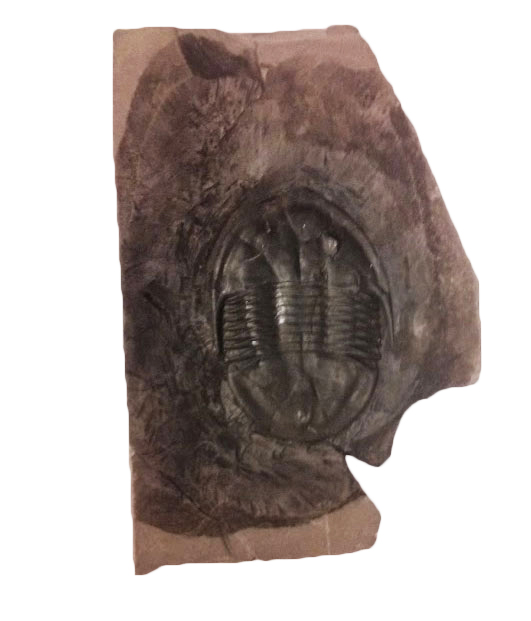 Michael Rutana of Ohio State University scrutinized eight trilobite fossils (one shown, left), ranging from 1.8 to 10.1 centimeters long from the Cambrian and Ordovician periods. Using a portable CT scanner, Rutana blasted each specimen with X-rays to create a three-dimensional density map of the ancient arthropods. Because a trilobite’s fossilized body is denser than the stomach cavity where it digested prey, Rutana could trace each specimen’s digestive system as a dark line from mouth to anus.

Six of the trilobites had a normal digestive system: one mouth, one bulb-shaped stomach and a single tapering intestine connected to an anus. However, two trilobites presented a different digestive diagram, Rutana said October 21 at the Geological Society of America’s annual meeting. Instead of a single intestine, these trilobites had two parallel digestive tracts forking from the stomach and reconnecting at the anus. Rutana thinks these dual digestive pathways could have boosted nutrient absorption by increasing the amount of surface area in contact with food. Still, Rutana is unsure how big an advantage the irregular innards could have offered because no modern animals use a split-intestine design.