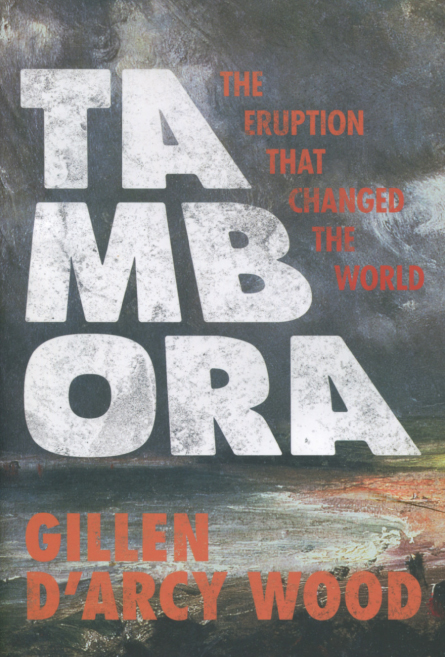 For many residents of the Northern Hemisphere, 1816 was known as the “year without a summer.” In Europe, summer heat waves were replaced by freezing temperatures while New England saw snowstorms in June. The ruined crops, hunger and social turmoil that followed the next year led many others to remember 1817 as the “year of the beggar.”

Those several years of bizarre weather seemed to signal the end of the world. But in an age before the Internet, telephone or even the telegraph, few people realized that the year before the chaos started, a mighty Indonesian volcano had blown its top. In his new book, Wood, an English professor, argues that many of the dramatic events between then and the end of the decade were linked to the 1815 eruption of Tambora.

To make his case, Wood examines recent geologic research as well as historical evidence, particularly relying on the colorful accounts of Mary and Percy Shelley and Lord Byron. Wood concludes that Tambora was responsible for much more than bad weather and famine; among other things, he connects the eruption to a global pandemic, changes in art and literature, the birth of meteorology and the rise of China’s opium trade.

The Tambora eruption was one of the largest in recorded history. Scientists now estimate that the volcano belched out as much as 50 cubic kilometers of ash and gas, darkening the sky for days. The finest ash particles hung around the atmosphere for several years, eventually covering a million square kilometers of sky. The ash blocked sunlight and disrupted atmospheric circulation patterns.

In India, for example, the ash cloud interfered with the region’s monsoon cycle — first drying up life-sustaining rains and later ushering in biblical floods. The messed-up monsoon set the stage for an outbreak of a particularly virulent form of cholera that eventually spread around the world.

In example after example, Wood expertly explains the volcano’s effects on climate and agriculture, though at times, his arguments for Tambora’s direct influence on the political realm feel a bit weak. Still, Wood leaves no doubt how sensitive and far-reaching Earth’s climate system is — and how vulnerable humans are to the natural world.