Studying 60 years of typhoon activity in the western Pacific Ocean, researchers spotted a clear trend: A typhoon’s ultimate intensity largely depends on the temperature of deep seawater churned upward as the storm passes overhead. Projecting their finding into the future, the researchers predict online May 29 in Science Advances that Pacific warming will hike the average typhoon peak wind speed 14 percent by the end of the century. That’s enough to turn a Category 3 storm into a Category 4, notes lead author Wei Mei, a climate scientist at the Scripps Institution of Oceanography in La Jolla, Calif.

Warm ocean water fuels a typhoon’s whipping winds. Scientists expected that rising ocean temperatures could intensify typhoons, but were unsure how heat from subsurface water shaped the intensity of a typhoon season.

Mei and colleagues compared the formation of more than 850 historical typhoons. The researchers found that slightly warmer waters 50 to 150 meters deep bolstered the strongest storm seasons. 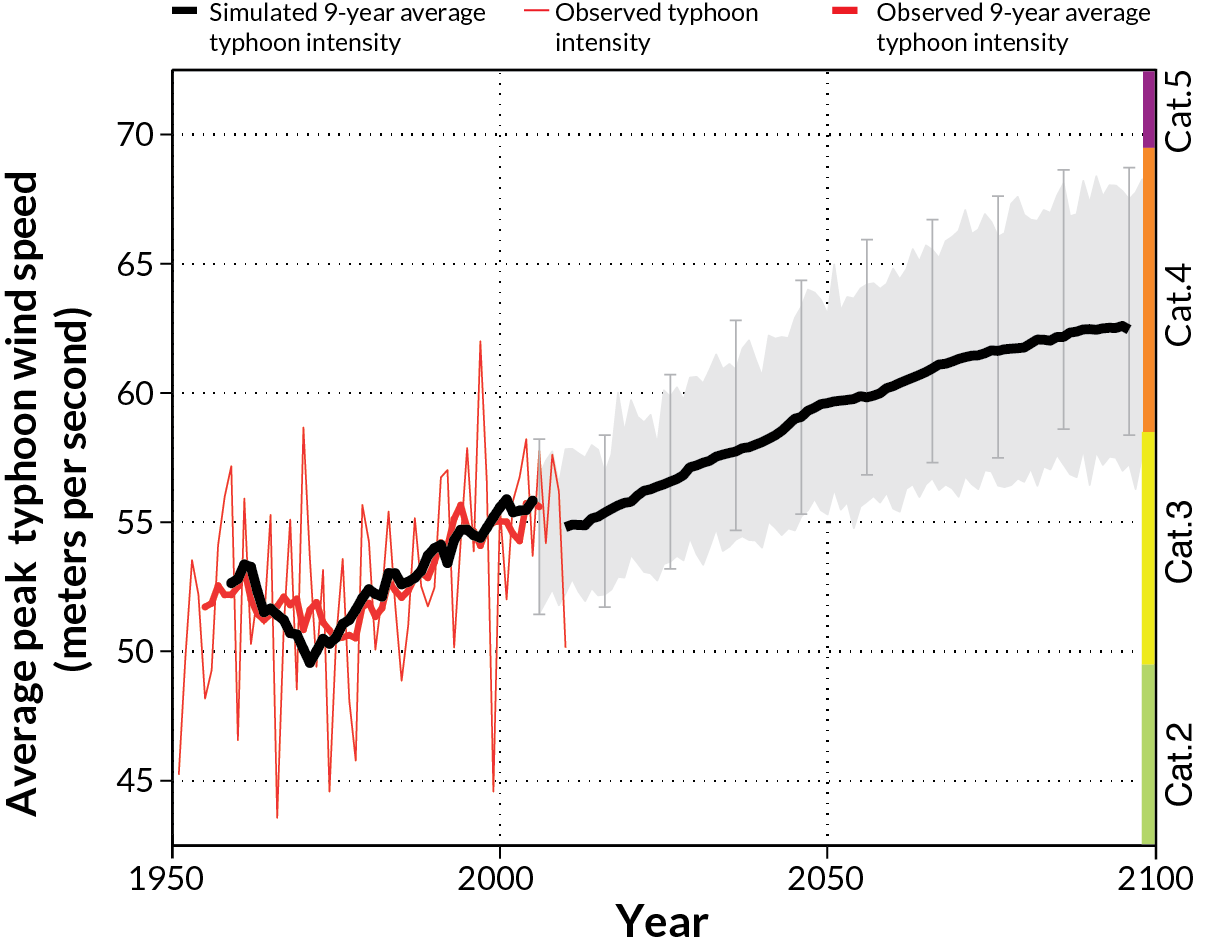 Large storms roil the upper ocean, churning up deeper seawater. This is the water that, when it reaches the surface, largely controls how much heat is available to power the storm. Since the mid-1970s, the average typhoon intensity has risen 10 percent as subsurface waters warmed by about 0.75 degrees Celsius on average, the researchers note. With climate change expected to warm these subsurface waters about 1.3 degrees more by 2100, Mei and colleagues predict that the average peak typhoon wind speed will increase from 198 to 225 kilometers per hour.

The prediction isn’t the final word on future typhoon intensity, says Thomas Knutson, a climate scientist at the National Oceanic and Atmospheric Administration’s Geophysical Fluid Dynamics Laboratory in Princeton, N.J. Studies initially predicted that climate change would spur stronger hurricanes in the Atlantic (SN: 9/17/05, p. 184) before later research cast doubt on such predictions. Interactions between the atmosphere and ocean that weren’t important during the last few decades could become more prominent in a warmed world and reduce typhoon intensity, Knutson says.