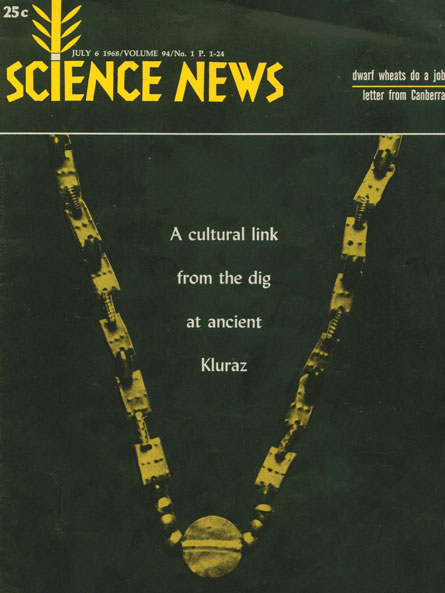 Next in speedy trains

Future trains, in [Hisanojo] Ozawa’s opinion, will all be powered by rockets and run over rollers instead of rails…. His next model will be equipped with three rocket engines and will aim for a speed of 1,180 kilometers an hour, or 0.996 Mach. — Science News, July 6, 1968.

A rocket-boosted model train from Ozawa, who designed aircraft for the Imperial Japanese Air Force, hit 920 kilometers per hour on a 300-meter course in 1968. But real-world trains get nowhere near that speed. Maybe because none use rockets. Japan’s maglev trains, which levitate on superconducting magnets, broke 600 km/h in a 2015 test run — making them the world’s fastest. Passengers will have to wait to embark until 2027. In the United States, Amtrak’s Acela Express tops out at a comparatively slow 240 km/h. But a line from Los Angeles to San Francisco for trains traveling up to about 350 km/h is under construction, and plans to run a maglev train between New York City and Washington, D.C., received some federal funding in 2015.