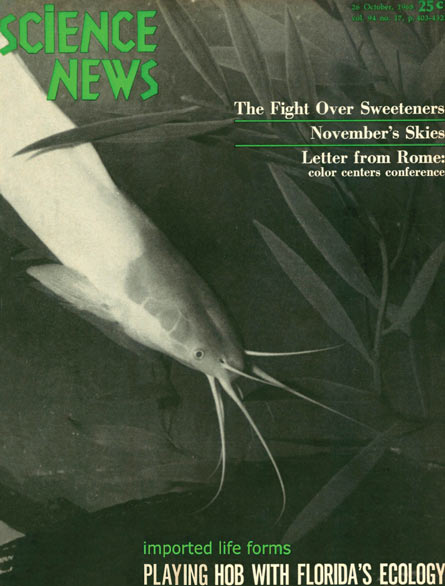 Americans consume 8,000 tons of artificial sweeteners every year …confident that the chemical sweeteners are safe. Manufacturers insist that they are; the sugar industry … insists they are not.… [B]oth camps swamped FDA with detailed evidence pro and con. — Science News, October 26, 1968

Let’s not sugarcoat it: The debate isn’t over. Fifty years ago, the Food and Drug Administration said there was no evidence of health hazards from cyclamates, one type of sweetener. Since then, various sweeteners have become ubiquitous in sodas, reduced-calorie yogurts and more. A 2014 study in mice and humans revealed that saccharin may alter the gut microbiome, mucking with the body’s ability to use glucose (SN: 10/18/14, p. 6). Another study suggested that artificial sweeteners in diet sodas might encourage overeating by interfering with how the brain keeps tabs on calories (SN: 7/14/12, p. 14). These studies hint that artificial sweeteners may actually promote diabetes and obesity — the exact opposite of what’s intended.