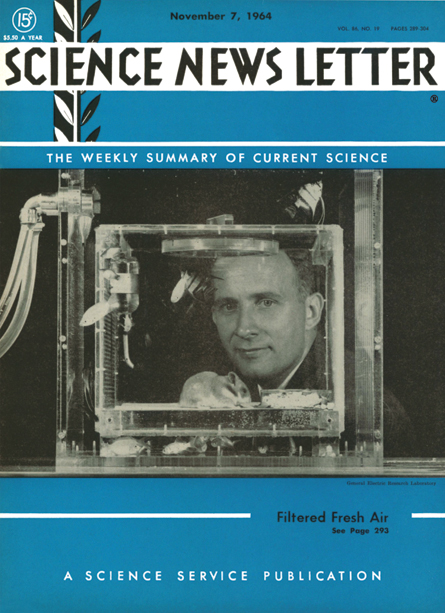 Nobel Prize Winners: Prize for Chemistry — Few fields of science have changed more in the first half of the 20th century than crystallography, the field in which Dr. Dorothy Crowfoot Hodgkin won the Nobel Prize in Chemistry for 1964….

Dr. Hodgkin’s X-ray crystallography unit at Oxford did the painstaking work, announced in 1955, to detect the structure of vitamin B-12. Her unit also worked on the chemical structure of the drug cephalosporin C, closely related to the penicillin family. — Science News Letter, November 7, 1964

Dubbed the international year of crystallography, 2014 marks the centennial of X-ray diffraction — a technique that over the last few decades has led to discoveries such as the structures of key cellular proteins and the composition of soil on Mars. Yet despite the field’s scientific progress, few women have joined Hodgkin on the roster of crystallographers. The prestigious Ewald Prize, awarded since 1987 by the International Union of Crystallography for outstanding contributions to the field, has gone to just one woman out of 14 winners.