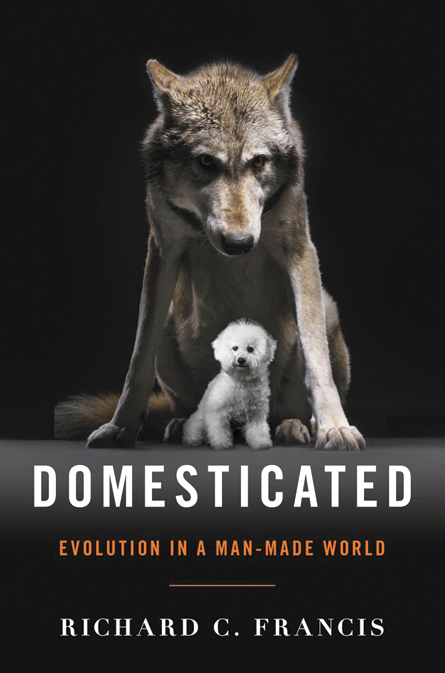 Docile dairy cows don’t inspire a lot of respect or awe. But Stone Age people must have had a different view of Bessie’s ancestors, the aurochs. Males could weigh 1.5 metric tons, and hunting the aggressive beasts was perilous.

The taming of the auroch probably began with rounding up those animals that would tolerate humans. Eventually, people could have selected mild-mannered aurochs for breeding. By contrast, now-tame predators such as dogs and cats may have kick-started their own domestication, with friendlier animals thriving on food they found in camps and settlements.

These are just a few of the evolutionary origin stories that science journalist Richard Francis shares in Domesticated. New studies are shedding light on the process that has turned a wolf into a Pekingese, or a wildcat into a purring tabby (SN: 12/27/14, p. 24). Francis provides an in-depth look at the changes — genetic, physical and behavioral — that people have brought about in dogs, cats, sheep, goats, horses, camels, pigs and more. (Chicken fans will be disappointed, since the book is a mammals-only affair.)

Each animal gets a chapter, which describes its evolutionary history, before and after human meddling began, and the nitty-gritty of domestication’s effect on the animal’s genetic blueprint. The book is meticulously researched but not a light read; Francis tackles complex evolutionary and genetic topics, so readers may want to have a biology primer nearby.

Without animals to provide transportation and a steady supply of meat, milk and wool, human civilization wouldn’t have gotten far, Francis writes. And people weren’t the only ones to benefit. In a human-ruled world, domestic animals have the best chance of dodging extinction. The aurochs are long gone. Wild goats, sheep, camels and wolves have dwindled in number. “In an evolutionary sense,” Francis writes, “it pays to be domesticated.”

Buy Domesticated from Amazon.com. Sales generated through the links to Amazon.com contribute to Society for Science & the Public’s programs.