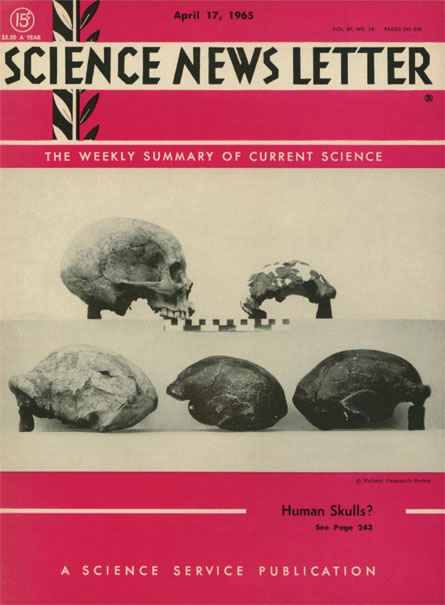 Birth control pill found safe for 11,711 women — Women have used certain birth control pills for as long as 3&frac12; years without developing new side effects, physicians from Planned Parenthood–World Population reported. In a study group of 11,711 women, the progestin-estrogen tablet taken as directed was “100% effective.”… No unplanned pregnancies occurred among women enrolled in the study. — Science News Letter, April 17,1965

First marketed as contraception in 1960, the pill is very effective but not perfect. If users take a tablet every day, less than 1 in 100 will get pregnant each year. Typical use, including some missed doses, puts the rate closer to 9 in 100. Meanwhile, scientists have yet to create a birth control pill for men. One challenge is that while women release one egg per month, men produce sperm constantly. Researchers are investigating blocking sperm production, tampering with sperm so that they can’t fertilize eggs and halting the muscle contractions that lead to ejaculation.