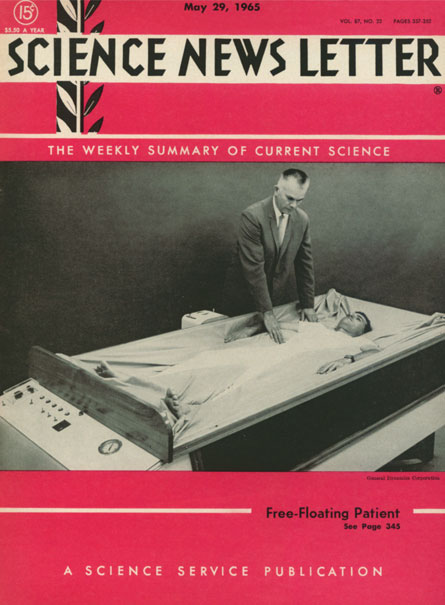 Dream phase necessary — Dreaming sleep, which seems to be a necessity for man, may also be crucial for cats.… Scientists do not know exactly what function [REM sleep] periods serve in animals. For this reason, they call the phase paradoxical sleep.… [Researchers] have found that a group of cats deprived of paradoxical sleep for a number of days will react the same way humans do. The longer the cats were kept from paradoxical sleep, the more they tried to enter it.
— Science News Letter, May 29, 1965

The need for REM sleep – in people as in animals – remains mysterious, even though the tools for studying the slumbering brain have increased greatly in sophistication (SN: 10/24/09, p. 16). Some researchers argue that REM sleep helps solidify memories. Mammals from platypuses to sloths to giraffes go through REM sleep. Some animals experimentally prevented from REM sleep have learning deficits; others do not.