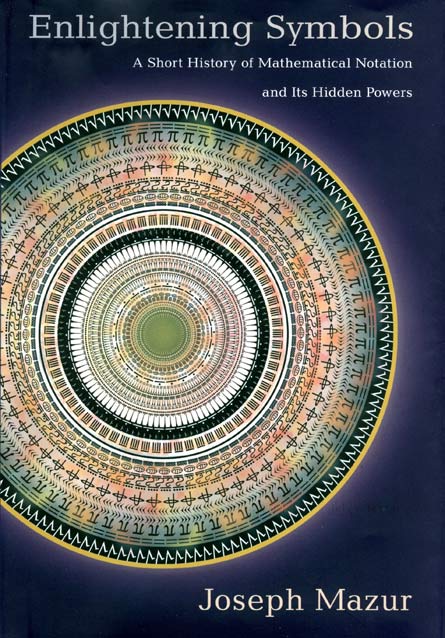 As the semanticist S.I. Hayakawa stressed in his classic book Language in Thought and Action, words are not the things they represent. Words are symbols. It’s the manipulation of those symbols that makes communication possible.

In very much the same way, it’s the manipulation of symbols of a different type that makes mathematics practical. You can describe mathematical operations using just words — in fact, in ancient times, that was the norm. But such a cumbersome approach is not conducive to anything very complicated. In large part, the advance of mathematics from simple arithmetic to the complexities of algebra and calculus was made possible by the development of effective symbols.

Mazur relates the stories behind those symbols engagingly, if a bit unevenly. He offers a wealth of historical depth in several chapters devoted to Arabic numerals. He traces in detail the evolution of symbols in algebraic equations and the various attempts to find convenient representations of roots and powers.

But he only briefly treats common symbols such as those for division, multiplication, equality and infinity. And the closing chapters veer off into the philosophy of symbols and the neuroscience behind how the brain reacts to them. Still, Enlightening Symbols is basically an intriguing if quirky history of mathematics itself, as told through the story of the symbols invented to facilitate it.

It’s an interesting and informative book, especially valuable for its attention to recent scholarship that revises some traditional historical beliefs. It suffers, though, from poor editing. We learn that Thomas Hobbes called the use of symbols “a double labor of the mind” in a passage on page 164, then again in a largely duplicated passage on pages 180–181. We learn that Nicole Oresme anticipated Descartes’ idea of coordinate systems on page 152, then again on page 154. More attention to such repetitions would have made a good book much better.