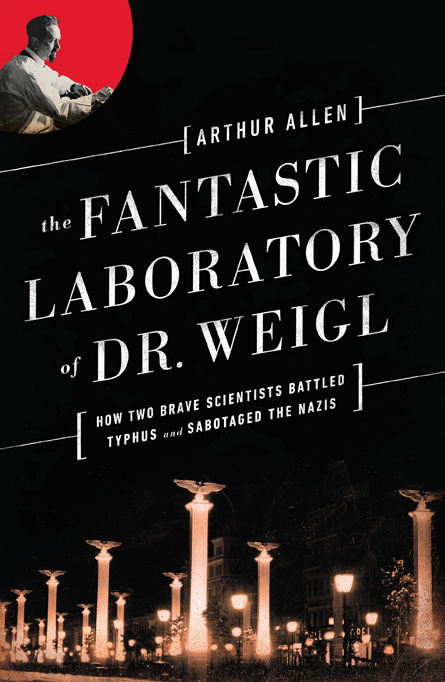 The bacteria that cause typhus rely on the body louse to spread. Because lice thrive wherever people are crammed together under unsanitary conditions, typhus became a threat to armies and refugees alike during World War II. As a result, Nazi Germany “whipped itself into a typhus terror,” writes science journalist Allen.

That fear sets the stage for Allen’s book, which tells the intertwining stories of two scientists who fought on separate fronts to develop typhus vaccines and thwart the Nazis.

Before World War II, Polish biologist Rudolf Weigl had used lice to grow typhus bacteria, which are difficult to cultivate in vitro, and developed the first effective vaccine using the parasites’ blood-bloated guts. After invading Poland, the Nazis pressed Weigl to produce the vaccine for the German army. A kind of Oskar Schindler of science, Weigl, a Christian, found a spot in his lab for many educated Poles needing protection. Thus, a prized job in Nazi-occupied Poland became louse feeder. Every day hundreds of Poles came to Weigl’s lab and strapped matchboxes filled with body lice to their legs so the parasites could gorge on human blood.

One of Weigl’s assistants during the vaccine’s development was Ludwik Fleck, who was Jewish. An immunologist by training, Fleck became known for his philosophical theory of “thought collectives,” which holds that no matter how objective scientists try to be, they cannot escape certain cultural tendencies.

A most perverse outcome of the Nazi thought collective, of course, was its Geomedizin, which defined disease in racial and cultural terms and classified typhus as a Jewish plague. Sealing off Jews in ghettos on the pretense of containing the disease became a self-fulfilling prophecy, resulting in a typhus epidemic that killed thousands. Weigl’s vaccine became the most coveted item on the black market.

During the war, Fleck was condemned to concentration camps, where Nazi physicians tasked him with producing a typhus vaccine — using humans rather than lice as reservoirs. Fleck quietly resisted the Nazis, becoming a master of sabotage and using complicated sleights of hand to defy his oppressors. “The most important experiment being conducted in these laboratories, one could say, was the one that showed how easy it was to conduct bad science with a straight face,” Allen writes.

Allen’s vivid depictions of the scientific community before and during the war and the treacherous parallel paths Weigl and Fleck traversed — gleaned in part from interviews with Holocaust survivors — are stirring. Considering all the energy channeled into mere survival, Allen’s book makes you wonder what pinnacles of research might have been achieved by now, if not for the march of war.