The prime suspect in Brazil’s recent surge in birth defects may be convicted this summer, in the sweltering cities of Colombia.

That’s when the first big wave of pregnant women infected with Zika virus last fall will begin to give birth. Whether or not these babies are born with shrunken brains, a condition known as microcephaly, may offer the best evidence yet of  Zika’s guilt — or innocence.

While the world waits, molecular evidence is starting to come in. Zika virus readily infects (and kills) one kind of brain cell found in developing embryos, researchers reported online March 4 in Cell Stem Cell. “It’s the first step to show that Zika is actually doing something in the brain,” says study coauthor Guo-Li Ming, a neuroscientist at Johns Hopkins School of Medicine. Previous studies have found traces of Zika in some damaged fetal brains, but that’s just a correlation.

Still, correlations like these are why the mosquito-borne virus has sparked so much panic. In the last year, Zika has torn through Brazil and invaded more than 40 other countries and territories. Now, Zika infection during pregnancy is the leading theory for why so many babies have been born with microcephaly. Suspected cases of the rare birth defect are showing up in Brazil at more than 30 times the rate of previous years.

Here’s what we know about Zika 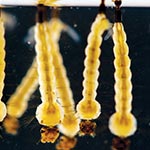 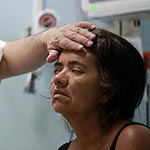 Seeing microcephaly numbers skyrocket in other countries could make or break the case. So far, only Brazil has reported an uptick in microcephaly (though French Polynesia did in an earlier outbreak). Still, evidence that Zika is to blame remains largely circumstantial.

“We don’t have absolute proof,” says Christopher Dye, strategy director of the World Health Organization. But, he says, there’s enough evidence to say the virus is “guilty until proven innocent.”

University of Pittsburgh public health researcher Ernesto Marques agrees. “We have a victim, and we have a suspected criminal with a gun.” Now, he says, “we have to prove who pulled the trigger.”

Zika virus has topped the suspect list from the start. “There’s a very real possibility that this virus could be responsible for some of the horrific consequences” seen in children, Bruce Aylward, head of WHO’s outbreaks investigations, said in a news conference February 19.

In late 2014, the first cases of Zika infection emerged in Brazil’s northeast corner. By fall 2015, women started giving birth to babies with small heads. That’s a clue that infection during early pregnancy may be a problem, Dye says.

Biological evidence is building too. “Virus RNA has been found in placenta, amniotic fluid and brain tissues of stillborn babies with microcephaly,” Marques says. And new case reports keep rolling in. On February 26, the U.S. Centers for Disease Control and Prevention reported Zika infection in nine pregnant U.S. travelers. Two women miscarried, one gave birth to a baby with microcephaly, two had abortions (fetal imaging revealed severe brain abnormalities in one case; the CDC hasn’t released details about the other) and two had apparently healthy babies. Two more await delivery.

On March 4, scientists published results from the largest study yet of pregnant women exposed to Zika. In nearly 30 percent of the Brazilian women (12 out of 42), ultrasound images revealed fetal abnormalities, researchers reported in the New England Journal of Medicine (SN Online: 3/4/16).

Recent studies have begun to hint at how the virus might harm the brain. For the study reported in Cell Stem Cell, Ming and colleagues grew different types of human cells in the lab and then gave them a dose of Zika. The virus went wild in neural progenitor cells (very early cells that give rise to the bulk of the brain), infecting up to 90 percent of cells in a dish. But Zika floundered in more developed nerve cells, infecting fewer than 20 percent.

If these findings hold in people, “it means that fetal brains are much more susceptible to Zika than adult brains,” says stem cell biologist Kristen Brennand of Mount Sinai Hospital in New York City.

The virus killed some cells outright and messed with others’ growth cycles, Ming and colleagues found. That’s “pretty consistent with what you’d expect if Zika causes microcephaly,” Brennand says. “If you have more cells dying, you’re going to have a smaller head.”

Ming cautions that her study doesn’t prove Zika’s guilt. Scientists still need to identify whether infected brain cells lead to abnormal brain structures. “That would give you more direct evidence,” she says.

Marques recently wrapped up a study on the earliest cases of microcephaly reported in Brazil. He and colleagues analyzed samples collected from the first group of babies born with the birth defect last October. “This was before Zika became famous,” he says.

Hospitals in the state of Pernambuco sent his team cerebrospinal fluid, the liquid that cushions the brain and spinal cord. In 30 out of 31 samples, the team found antibodies indicating Zika virus infection. But the case against Zika isn’t airtight. In fact, “there are many weak spots,” Dye says, including how hard it can be to measure both microcephaly and Zika virus infection.

Judging whether a microbial suspect is guilty of causing a disease is simple, in theory.

Robert Koch, the famous 19th century German micro-biologist, established a few straightforward guidelines in 1890. First, the microbe in question must be found in all cases of the disease. Additional criteria (involving lab tests in culture and animals) round out “Koch’s postulates.” But with Zika, scientists are still getting hung up on that first guideline.

Zika virus infection isn’t always easy to confirm. Antibody-based blood tests can give false positives, or fail if too much time has passed since symptoms started. The Brazilian Ministry of Health puts infection estimates at roughly 400,000 to 1.3 million, but officials have stopped counting. So scientists can only guess how many people in Brazil have been infected.

“We don’t have a good diagnostic test,” WHO’s Dye says. On top of that, microcephaly itself can be challenging to identify. So in the theory that Zika virus is responsible for microcephaly, both cause and effect are slippery.

As of March 5, Brazil has reported 6,158 suspected cases of microcephaly (or other brain and spinal cord malformations) since November. But hundreds, if not thousands, of those babies might not actually have the birth defect. That’s because doctors have been flagging cases with a quick and dirty method: a head circumference of less than 32 centimeters. “Many children with normal heads are going to fall within that category,” Aylward said, because the measurement doesn’t factor in gender and gestational age.

Public health officials in Brazil have already examined 1,927 cases. So far, they’ve confirmed just 745. On February 25, WHO released guidelines for making microcephaly assessments more orderly, but even 745 confirmed cases is huge — more than four times the number of cases Brazil usually reports in a year. “There’s no question that they have a cluster of microcephaly,” Aylward said.

Dye has different concerns. He worries that scientists might be counting only the babies with severe defects. “The concern is that we’re seeing the tip of a larger phenomenon,” he says. Thousands of babies with less obvious brain damage might be slipping under the radar. “It could take years to evaluate the full spectrum of conditions,” he says.

In recent weeks, alternative theories for Brazil’s birth defects have bubbled up and caught the public’s eye. One blamed microcephaly on a pesticide called pyriproxyfen that Brazil had been adding to the water supply to combat mosquitoes.

Some of these theories “may seem very strange, but they all have to be evaluated,” Dye says.

WHO has released an online rebuttal to some rumors. The pesticide, for instance, is bad news for mosquitoes (it sabotages larval development), but there’s no evidence that it’s harmful to humans — or any other animal with a spine.

“Pyriproxyfen has gone through an enormous number of safety tests over the years,” says public health entomologist Steve Lindsay of Durham University in England. In mice, rats and dogs, there’s no evidence that the pesticide is neurotoxic. For a pesticide, he says, “it’s as safe as you can get.”

WHO also swatted down a theory about genetically modified mosquitoes. Releasing males that can’t reproduce could help Brazil tamp down mosquito populations. But “it’s virtually impossible” that GM mosquitoes are transmitting Zika or causing microcephaly, says entomologist William Walton of the University of California, Riverside. “Male mosquitoes don’t bite,” he says. So they don’t pass what they’re carrying on to humans like females do.

Beyond a reasonable doubt

Establishing that Zika really is behind the current microcephaly outbreak will require more work — and time. CDC scientists are planning to examine 300 to 500 babies born with or without microcephaly in the Brazilian city of João Pessoa. One goal is to tally the babies with microcephaly and evidence of Zika infection. Marques and collaborators have begun a similar study on babies born in Pernambuco (SN: 2/20/16, p. 16).

The CDC is also working with Colombian health officials to gauge the effects of Zika infection during pregnancy. Since October, Zika virus case numbers have soared: 47,771 total so far, and 8,890 infections are in pregnant women.

In the current outbreak, Colombia is just the second country to have such a large group of women face Zika during pregnancy. Roughly four months have ticked by since many of these women were exposed. If, as suspected, Zika strikes developing brains in the first trimester, the most incriminating evidence could come in about five months, when these babies are born.

“People are going to be looking for increasing numbers of microcephaly,” says vaccine researcher Anna Durbin, of the Johns Hopkins School of Public Health. Such a finding could sew up the case against Zika.

“If there’s going to be smoking gun,” she says, “it’s going to come out of Colombia.”

An earlier version of this story was published online March 4, 2016.