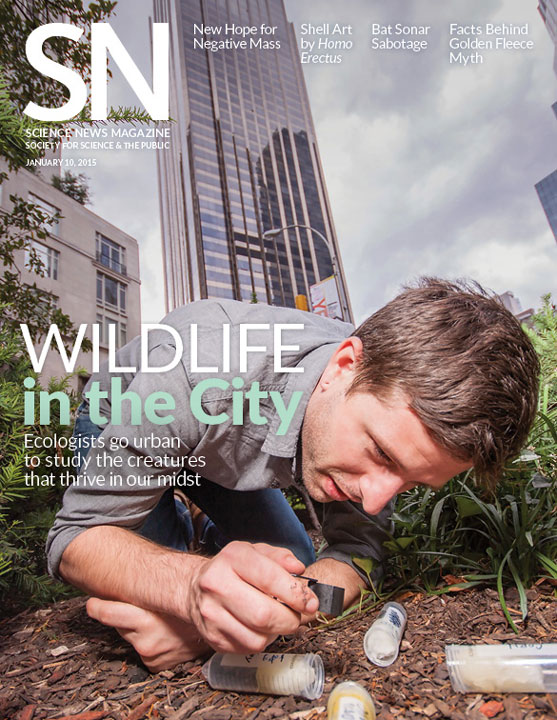 A mineral by any other name

A rock from space helped researchers describe a common mineral found on Earth. In “A name for Earth’s most abundant mineral” (SN: 1/10/15, p. 4), Thomas Sumner explained that the form of magnesium iron silicate that makes up more than a third of the planet’s volume is now officially called bridgmanite.

The meteorite impact that forged the first naturally occurring bridgmanite sample generated pressures that reached 180,000 kilograms, about the weight of a blue whale, per square centimeter. “That comparison immediately set my bored mind to wandering about for other comparisons,” Jim Stars wrote. Readers looking for another analogy could say that the pressures created by the impact equaled the weight of 360,000 gray squirrels or 1,384,615 chipmunks per square centimeter, he reported.

“How is it possible that scientists had any idea that such a thing as bridgmanite existed, if they had never seen or examined a piece of it?” asked Carolyn Bredenberg in an e-mail.

Bridgmanite may be sealed hundreds of kilometers below ground, but luckily nature provides a way to study Earth’s innards, Sumner explains. Powerful earthquakes send vibrations through the planet. As these waves travel through regions with different densities and other properties, they change speeds slightly. By tracking many earthquakes across seismic stations, scientists confirmed the abundant mineral’s existence and some of its properties.

Demolishing two dams holding back Washington state’s Elwha River (one shown below) has helped restore ecosystems (SN: 1/10/15, p. 22). The story prompted some readers on Facebook to call for other U.S. dams to come down. 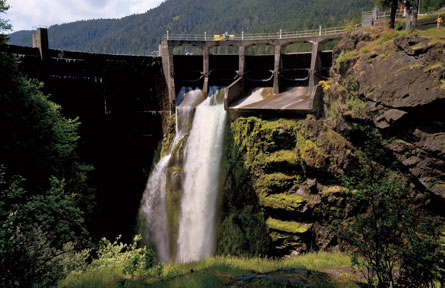 “There’s a dam in Oroville, Wash., that’s doing nothing on the Similkameen River but blocking the salmon.”
Rich White

“Very interesting. I wonder if they’ll do something similar with what is left of Matilija in California, among others.”
Stefan Brems

“That is great. Wish Oregon would do that, too.”
Anita James

Making methane in the city

Some nonhuman residents perform helpful services, like gobbling up dropped food that would otherwise get swept into garbage heaps, molder and release the greenhouse gas methane. “But isn’t that methane produced eventually anyway when those animals, or those that eat them, decompose?” asked Bruce Novak. “Is there a net difference?”

When decomposition occurs in places without oxygen — such as when food waste is buried deep in landfills — it produces methane, Baggaley says. But when living organisms die in the open, their bodies break down on the ground or in the first few inches of soil. With plenty of oxygen around, decomposition releases water vapor and carbon dioxide, which are less potent greenhouse gases than methane.

Readers are intimately familiar with the problems of navigating within a throng of people. “I find lots of people just don’t follow the ‘keep to the right as you pass’ rule. Phones are the major reason, I think,” wrote commenter Pacemaker4. There are always outliers in data, noted Ian McLaughlin. “I think that’s where your nonconformist pedestrians are coming in. I think most people do follow general body language rules when in large groups.”

Norb Baumann would like to see simulations of more than just pedestrian behavior. “Having recently visited [Ho Chi Minh City] and [seen] the innumerable motorcycles throughout the city, I pondered how they avoid one another. It baffles me how they weave around one another without frequent accidents. Solving this mystery would be a real challenge for a model of motorcycle movement!”