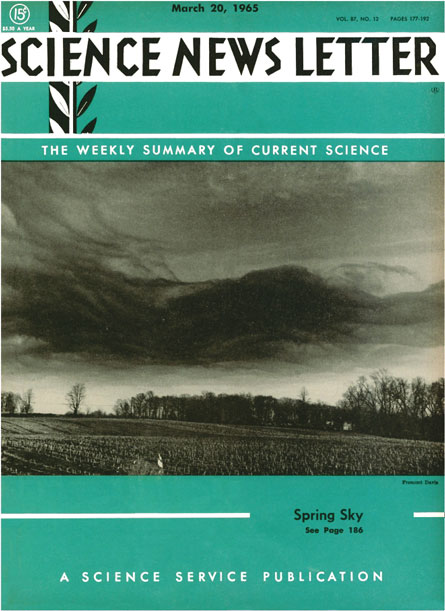 Animal proteins provide a study of evolution — Protein molecules in the blood of monkeys and other near relatives of man could be used to shed light on molecular evolution and evolution of apes and man…. By studying the structure and changes in protein molecules of various living animals … scientists can understand the way the molecule evolved, reported Dr. John Buettner-Janusch of Yale University … and Dr. Robert L. Hill of Duke University. — Science News Letter, March 20, 1965

Molecular evolution techniques now focus on DNA. Four of SN’s Top 25 stories of 2014 (SN: 12/27/14, p. 14) involved the methods, revealing the genetic histories of humans, insects, birds and domesticated animals. Odder was the fate of one of the scientists who proposed the methods: Buettner-Janusch, an influential physical anthropologist, was convicted in 1980 of making LSD and other drugs in his laboratory and served three years before receiving parole. In 1987, he pleaded guilty to having sent poisoned Valentine’s Day chocolates to the judge in the drug case. The scientist died in prison in 1992.