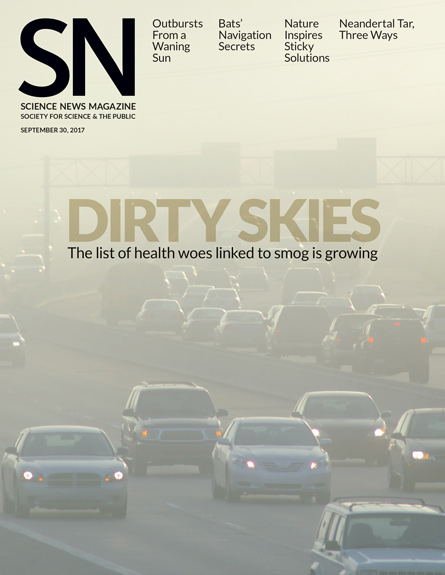 Tests in mice show that microbes in the gut may tamper with the production of tiny molecules in brain regions known to help control anxiety, Maria Temming reported in “How gut bacteria may affect anxiety” (SN: 9/30/17, p. 12).

Online reader Amanda wondered what has more influence: gut bacteria on anxiety, or anxiety on the bacterial makeup of the gut. If bacteria have more of an effect on anxiety, she asked whether it could be treated with diet rather than drugs.

Researchers are still working out the details of the gut-brain connection, says Gerard Clarke, a psychiatrist at University College Cork in Ireland. Tweaking the gut’s microbial population can affect anxious behaviors, animal studies have shown, which suggests that gut bacteria could play a causal role in anxiety. But other research has indicated that various stressors can alter the composition of the gut microbiota. It’s “difficult to tease apart which has the most influence,” Clarke says.

If bacteria do influence anxiety, the right diet may be able to help. “Diet is considered one of the main factors that shape the gut microbiota,” Clarke says. Studies hint that proper diet could help treat depression, “but there is less data specifically related to anxiety at the minute,” he adds. So it’s “too early to say if this will generalize to psychiatric disorders other than depression.”

Online reader stp suggested that the ribs could have evolved as protection against predators that bite through the neck.

That’s unlikely in this case. Woolly rhinos had massive, muscular necks covered by dense fur, which meant that predators would have needed long, daggerlike canines to bite through, says paleontologist Alexandra van der Geer of Naturalis Biodiversity Center in Leiden, the Netherlands. The extinct beasts’ Ice Age predators were wolves and a type of stocky hyena. “They hunt their prey to exhaustion and simply bite at whatever part they can get hold of,” she says. “Evisceration is then the cause of collapse, not a bite in the neck.”

A study of ancient extinct horses revealed why equines shed their toes in favor of single hooves, Emily Underwood reported in “How horses lost their toes” (SN: 9/30/17, p. 12).

Reader David Campbell asserted that fossilized horses in the study belonging to the group Hyracotherium aren’t horses at all.

“It’s complicated,” says study coauthor Brianna McHorse, a paleontologist at Harvard University. Researchers go back and forth on whether or not to classify Hyracotherium as horses. Currently, there’s only one accepted species of Hyracotherium, and it isn’t considered a horse, though that’s controversial, she says. Several horse species that once belonged to the Hyracotherium genus now belong to different genera. Those are the species that McHorse and colleagues analyzed. The specimens are certainly horses, she says. In the study, the researchers referred to the species by their original Hyracotherium name.