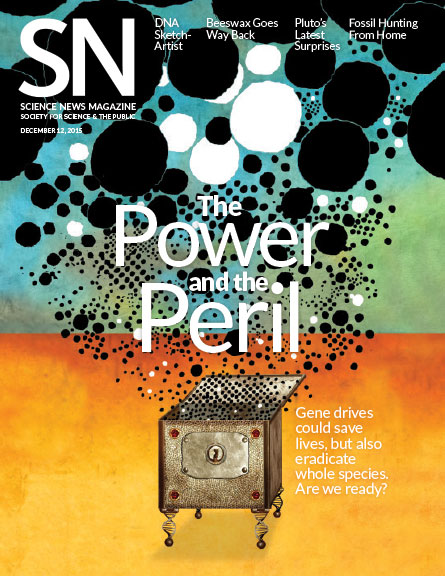 Gene drives at the wheel

Tina Hesman Saey discussed the power of a new gene-editing technique to boost the development of gene drives in “Gene drives unleashed” (SN: 12/12/15, p. 16). Gene drives have the potential to eradicate insectborne diseases, Saey wrote, or remove invasive species from non-native environments. But the tremendous possibilities of this technology had several readers worried.

Ellen Gryniewicz wanted to know what effect a gene drive–engineered mosquito might have on the bats and birds that eat the insect. “How often is this driver going to be incorporated into the predator’s genome, and where?” she asked in an e-mail. “What about the prey of the mosquitoes?” Would biting into prey pass on any mosquito cells in which the gene drive is expressed?

Assuming a gene drive is inserted into the right spot, it would not be incorporated into a predator’s genome, Saey says. The idea is to target a gene that is unique to the species of mosquito being engineered. Another safeguard would be to design the system so that the Cas9 enzyme, which cuts the target gene and allows the gene drive to move, would be made only in the sperm or eggs of the mosquitoes. That would ensure that the gene drive only hops around during mating, reducing the chance for unintended leaps to other species. 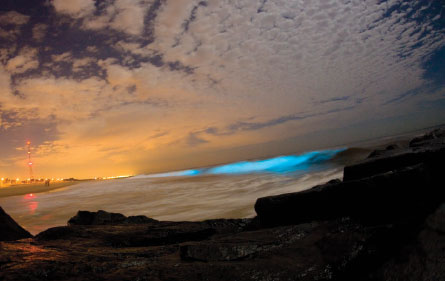 Science News blogger Bethany Brookshire launched a viral Twitter hashtag in December when she asked followers what was on their #scibucketlist (hers included dissecting a whale). Science lovers worldwide shared their dreams.

Still, scientists are keenly aware of potential perils, Saey says, which is why a group of researchers issued guid

elines in 2015 for those working with the technology. “Just as researchers working with self-propagating pathogens must ensure that these agents do not escape to the outside world, scientists working in the laboratory with gene drive constructs are responsible for keeping them confined,” the group concluded. But the control measures the scientists advocate are so far limited to the lab. Gene drives, after all, would ideally spread throughout a population, and it’s still not known what the ecological consequences could be. For example, it is still unclear whether a gene drive in one species could spread to a closely related species through interbreeding.

Saey notes that not all gene drives are designed to do the same thing. Some, known as suppression drives, would knock down pest populations by creating sterilized mosquitoes or skewing the sex ratios of invasive species populations. Suppression drives are the gene drives that people worry about most because of their theoretical ability to wipe out entire populations with the introduction of just one gene drive–carrying individual. But other gene drives wouldn’t affect a species’ reproductive capability. Rather, they could prevent mosquitoes or other animals from catching or spreading a disease. That’s an approach that researchers hope will destroy pathogens, such as the plasmodium that causes malaria, but spare the host species.

Many readers also expressed concern that gene drives could fall into the hands of terrorists. Scientists say that gene drives would make really terrible weapons: For one thing, unlike bacteria and viruses, they aren’t contagious in air or water. Gene drives are only passed along during mating. So if terrorists did design a gene drive for humans, they would first need to get the DNA into people — a hurdle even for gene therapy efforts — and then they’d have to wait generations to see an effect (the gene drive would probably not be deadly since, for the weapon to be effective, infected people would need to be alive to pass it to their children). There would be plenty of time to detect and reverse such an attack, Saey says.