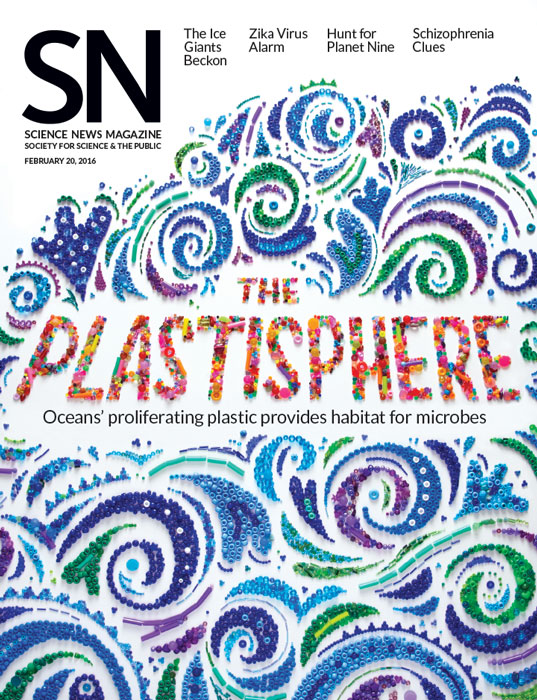 Anna Carter wondered if these findings are connected. “Is it possible that phytoplankton are contributing to ocean warming?” Carter asked. “How might the organisms now collecting on all the plastic in the ocean be related?”

Heat produced by phytoplankton doesn’t have a large impact on ocean temperature, says Sumner. “The phytoplankton are catching sunlight that otherwise could warm the water,” he wrote. “Another thing to keep in mind is that the oceans are colossal. At its deepest, the Pacific Ocean is about as deep as the cruising altitude at which most commercial airliners fly. Phytoplankton live in the top sliver of the water column, so any effect they have will be minuscule compared with the size of the ocean.” As for plastic-dwelling microbes, there is still so much to discover, Samoray says. Their contribution to ocean warming is currently unknown.

Ants on the move

Planet Diana, Goddess of the wilderness.

There’s Endymion, the shepherd. This planet presumably “shepherds” many other objects into their orbits.

It should be called Tobe Ra’ah, for its shepherding qualities, and the exotic sound of the name.

If and when “Planet Nine” is confirmed, it should be named “IX” (pronounced “icks”) in honor [of] the Dune series by Frank Herbert.

Readers had their own ideas about the unusual behavior. “[Charcoal] is an effective absorber of organics. Is it possibly used for absorbing their scent as a protective measure against predators?” Mark Ayers asked.

Walter Tschinkel, the Florida State University scientist featured in the story, says that the scorched plant matter ants use may not be as effective for these purposes as commercial charcoal. Field tests found no sign that charcoal would deter attacks by other ants.

Reader Joe De Vita speculated that colonies abandon their nests because of waste buildup. Tschinkel notes that this hypothesis has yet to be tested. “Digging up the vacated nest often reveals chambers with matted, blackened floors, presumably from fungus and other microorganisms, but whether this condition has any negative (or for that matter, positive) effects on harvester ants is unknown,” he says. An experiment to test this hypothesis is possible, but “ain’t all that easy. Still, stay tuned.”

Researchers have created a fibrous membrane made from milk proteins and carbon that could filter toxic heavy metals from severely polluted waters, Sarah Schwartz reported in “Altered milk protein cleans up pollution” (SN: 2/20/16, p. 14). In lab tests, the membrane removed over 99.9 percent of lead from a contaminated solution.

“It is a very exciting method,” wrote Janece Von Allmen. “Has anyone thought to test this method in the real polluted waters of Flint, Michigan?”

The filters are still in an early stage of design, Schwartz says. The membranes work in the laboratory to capture heavy metals and radioactive particles, but testing in the real world is a must. “Bodies of contaminated water are most likely chemically different from lab-made lead solutions and could change the membrane’s performance,” she says.

Whether or not these membranes would work in the Flint River is unclear because the river is not the original source of lead. The toxic heavy metal accumulates as the water passes through corroding pipes. The good news is the prototype shows signs of being efficient and is relatively cheap to produce.