Cash register and other receipts may expose consumers to substantial amounts of bisphenol A, a hormone-mimicking chemical that has been linked with a host of potential health risks, according to a trio of recent studies. Each study offers preliminary evidence that a large number of retail outlets print sales receipts on certain types of heat-sensitive, or thermal, paper that use BPA as a color developer.

Two of the new studies also showed that the BPA coating easily rubs off onto fingers. And one found evidence that BPA from receipts may penetrate skin.

The pollutant, which mimics the biological activity of estrogen, has been tied to health risks from behavioral problems in children to obesity and heart ailments. In animals, exposures in the womb put moms and their offspring at risk for later metabolic diseases.

Based on growing concern about possible risks from ubiquitous exposure to BPA, especially in children, the federal government recently issued warnings to parents about where their families were most likely to encounter the chemicals. Store receipts did not make the list, although there have been hints for years that thermal receipt paper could be a rich source.

Chemist John Warner learned about the chemistry of thermal- and pressure-sensitive papers while working for Polaroid years ago. Manufacturers lay a powdery coating containing BPA, a dye and a solvent onto one side of a piece of paper. When heat or pressure is applied, the coating’s constituents merge to release the ink’s color, he explains.

But Warner largely forgot about the process until BPA hit the news, big time, about a decade ago. Wondering if thermal paper still used the chemical, he had his university students run periodic assays — and they invariably turned up receipts with substantial amounts.

On July 28, Warner and his colleagues at the Warner Babcock Institute for Green Chemistry in Wilmington, Mass., formally published their first data based on 10 receipts recently collected in the Boston area. Six contained 1.09 to 1.70 percent BPA by mass. Another two contained 0.30 to 0.83 percent BPA; the final pair had no measurable amounts. Their findings appear online in Green Chemistry Letters and Reviews.

And that BPA rubbed off easily, notes study coauthor Koni Grob, an analytical chemist with the Official Food Control Authority of the Canton of Zurich. Just holding receipt paper deposited substantial BPA onto dry fingers. Wet fingers picked up 10 times as much.

When fingers are dry, he explains, BPA probably enters fatty or waxy constituents of the skin. The ironic result: “you get more intimate contact” than when wet fingers disintegrate a paper’s fibers and carry them to — but not necessarily into — skin. Indeed, two hours after dry fingers held a receipt, Grob reports, nearly 30 percent of the transferred BPA “was no longer extractable — could not be washed off.”

“The shocking thing,” he says, “is what happened when I applied a bit of BPA onto my fingers with ethanol [alcohol]. After two hours it had disappeared. Totally.” The BPA likely penetrated deeply into the skin, he says, perhaps as far as the bloodstream.

Based on their new BPA transfer rates from thermal paper, the Swiss team anticipates that most people would not receive more than about 2.5 percent of the tolerable daily intake of BPA from handling a single receipt. But under a worst-case scenario — a pregnant cashier who wore hand cream that fostered BPA’s permeability — someone might well sustain exposures that approached 50 micrograms per kilogram body weight, which is what European and U.S. regulatory agencies estimate as that tolerable intake.

Indeed, Grob says, “I think it’s a scandal that you can have people touching thermal paper all day long,” since the concentration of BPA in its surface coating could approach 10 percent pure BPA.

Frederick vom Saal of the University of Missouri in Columbia, who performed the BPA assays for a recent study by the Washington, D.C–based nonprofit Environmental Working Group, agrees with Grob.

The EWG study found BPA in a large share of receipts — 29 of 36 collected from retailers in Washington, D.C., seven states and a city in Japan. Sixteen of the U.S. receipts contained substantial quantities, on average 1.9 percent BPA by weight, the group reported July 27.

In follow-up studies, vom Saal has confirmed the same wet-versus-dry difference in transfer of BPA to fingers that was demonstrated by the Swiss group. Plus, vom Saal says, “We saw something they didn’t report: that the longer you hold a thermal receipt, the greater BPA’s transfer to your fingers.”

Scientists at the National Institute of Environmental Health Sciences’ National Toxicology Program have been following the emerging data on BPA in thermal paper. Indeed, notes Kristina Thayer at NTP in Research Triangle Park, N.C., “We’re exploring the feasibility of looking at how much [this paper] is contributing to exposures in people known to handle receipts frequently.” Such investigations might include testing by her agency to measure how well and how far BPA is absorbed through the skin and what conditions might influence that.

Appleton Papers of Appleton, Wis., switched to one of them — bisphenol sulfonate — in 2006, notes Kent Willetts, a company vice president. As a steady stream of toxicity reports and research papers began pointing to potential health threats posed by BPA, “We decided that’s not a chemical we want to use.” EPA’s new partnership program lists the sulfonate as a potentially acceptable substitute, he notes.

But, vom Saal observes, there’s little way a consumer can distinguish between receipts with and without BPA. They look identical.

That would suggest that Appleton and other companies that eschew BPA might want to advertise the fact — perhaps with a running line that says “BPA-free” on the front edge or back side of their receipt paper.

“Frankly,” Willetts says, “there hasn’t been much awareness outside of the scientific and thermal-paper communities about this issue. So there was little outcry asking how to identify our paper.” But that has changed in the past week, he says. “So it would be fair to say that we are taking a hard look at the issue — as we speak.”

The BPA-receipts data offer “further evidence that bisphenol A, a dangerous chemical, has become all too prevalent in consumer products despite the fact that it is linked to harmful health effects in humans,” says Sen. Dianne Feinstein, D-Calif. She notes that “industry is fighting against legislation that would restrict the use of BPA,” including a bill that she has coauthored.

The good news, Feinstein says, is that some paper companies have recognized the problem and have stopped using BPA in receipts. “These companies should be commended, and it is my hope that consumers will demand that other companies voluntarily follow suit.”

Back Story: Where to Find BPA

Aside from cash register receipts, bisphenol A is often found in products that contain polycarbonate plastics and epoxy resins. Common products that may contain BPA include:

Plastic baby and water bottles: Retailers and manufacturers have been switching to BPA-free plastics, but it can be difficult to tell if a bottle contains the compound unless it is specifically labeled as BPA-free. 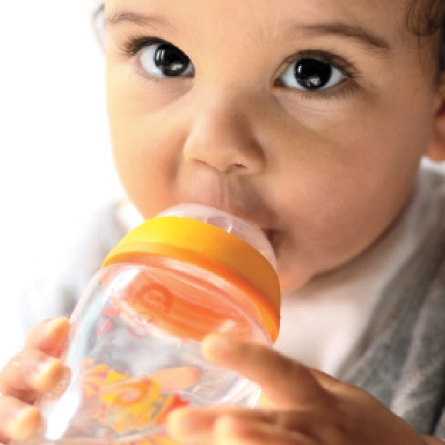 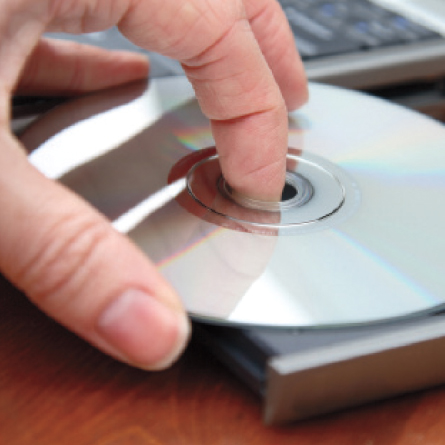 Food and beverage can liners: Cans are often lined with epoxy resins to keep the contents fresh. Until recently, virtually all can linings contained bisphenol A, but some companies have introduced BPA-free cans.

Plastic food storage containers: The U.S. Food and Drug Administration approved BPA for use in food containers in 1963, more than a decade before federal law required safety reviews for new chemicals.

Dental sealants: Several studies have found traces of BPA in saliva immediately after the application of dental sealants.

Impact-resistant plastics: Polycarbonate plastics are used in safety helmets, bulletproof glass, traffic signals, computer cases and a wide variety of other applications where BPA exposure is unlikely and of little or no public health concern.