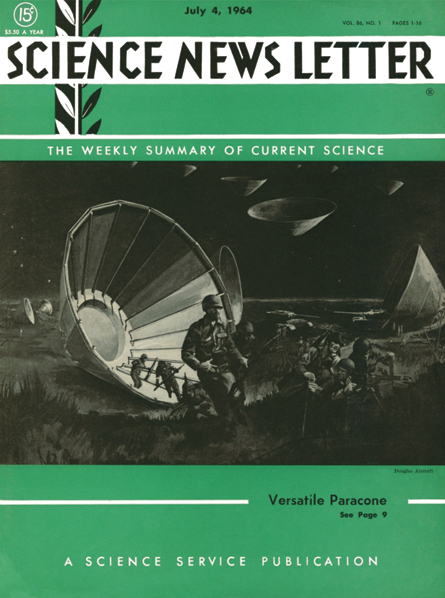 Automated Commuting — A way for commuters to have separate automobiles yet leave the driving to computers has been developed at the Massachusetts Institute of Technology…. [Engineers] call the car a Commucar. It could be driven and parked anywhere on any road, but would also be suitable for use under automatic control on special, 60-mile-an-hour main arteries…. The Commucar would be a light, compact, electric auto that would have arms on each side. It could draw power through either arm from an electric siderail while it was on a Commucar throughway. It would also be steered and switched at junctions through these arm-siderail connections. — Science News Letter, July 4, 1964

Engineers have not given up on self-driving cars. Instead of the mostly mechanical approach envisioned in 1964, newer versions run on batteries and use sensors and GPS to go driverless without connecting to tracks or rails. In May, Google revealed a prototype of their first planned self-driving car. The company’s test vehicles have logged more than 700,000 driverless miles.