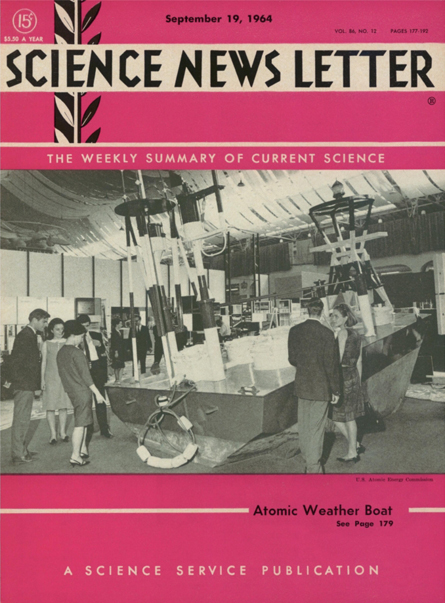 Rocket Fares to be High for Space Passengers — Passengers traveling to a space station 300 miles above the earth by 1980 will have a speedy but expensive trip…. Such a vehicle could become operational by 1975, if a program were begun by 1967.… The estimated $11,700 round trip fare would apply only after the passenger system has been operating for several years, engineers said. This fare would not cover the original research and development costs, which would raise the per passenger rate to $49,500. — Science News Letter, September 19, 1964

Space tourism took nearly 40 years to become reality, but the price tag of $11,700 is a bargain compared with today’s costs. After adjusting for inflation, this 1964 estimate amounts to about $90,000 in 2014. Today, the privately funded Virgin Galactic takes any healthy astroenthusiast that can fork over $250,000 into suborbit. That’s a paltry sum relative to the Virginia-based Space Adventures, which transports the astronomically wealthy to the International Space Station for a reported $50 million.