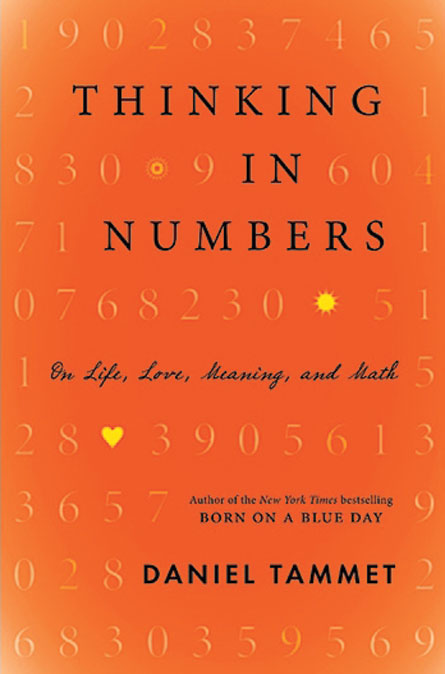 As an autistic savant, writer Daniel Tammet approaches numbers in a brilliantly oblique way. He sees math everywhere, from the geometrical grids of city streets to the predictable patterns of his mother’s daily chores. Thinking in Numbers is his effort to draw the rest of us into seeing that beauty.

One example of a puzzle he finds pretty: The universe is finite, yet the numbers used to describe it can go on infinitely. Archimedes tackled this paradox in the third century B.C. when he calculated how many sand grains it would take to fill all of space. Next, he envisioned multiplying 10,000 objects — the highest number the ancient Greeks thought worth counting — by 10,000 again and again. “I thought it is not inappropriate for you, too, to contemplate these things,” Archimedes told his stunned audience.

Modern readers may feel their jaws similarly dropping at this book’s many mathematical whimsies. Among other topics, Tammet explores the many challenges of counting, from how Anne Boleyn might have coped with the decimal system if she had an extra finger, as was rumored, to how Icelanders have a raft of different words for enumerating one to four, depending on what exactly is being counted. Less successfully, Tammet tries to link mathematics to social issues, such as the finances of economic inequality and the calculus of Tolstoy’s novels.

In his most lyrical essay, Tammet describes memorizing 22,514 decimal places of pi and reciting them to a university audience for five hours and nine minutes. The moment, like the book, is a transcendent glimpse at a numerate world.