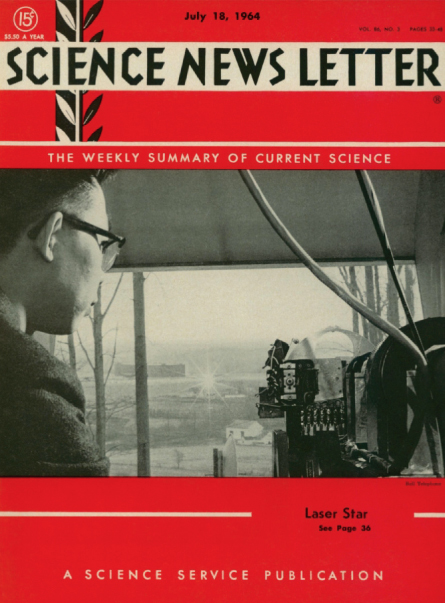 Study Injuries Produced By Auto Windshields — Investigators will try to measure the potential hazards of brain concussions and lacerations when windshields or side windows are shattered during collisions, the causes of spontaneous glass breakage, and escape methods for trapped drivers and passengers…. Because little scientific information is available on the comparative strength, breakage and other characteristics of … safety glass, the team [is developing research] techniques and devices…. More complex … will be the development of life-like scalps, faces, necks and eyes for instrumented dummies.— Science News Letter, July 18, 1964

After years of skyrocketing death rates from automobile accidents, the U.S. National Traffic and Motor Vehicle Safety Act was enacted in 1966. Federal safety standards required seat belts and shatter-resistant windshields. Research also showed that adhesives to keep car windows from popping out during collisions would save lives. Deaths per 100 million miles traveled dropped from around five in 1964 to 1.1 in 2011.